Tip#275: The Placebo Effect – Harry Potter and the Half-Blood Prince 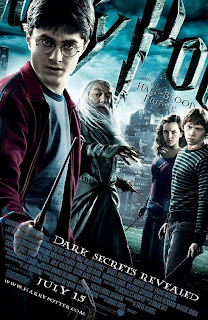 Placebo Effect:
An improvement in a person's medical condition regarded as the effect of the person's BELIEF in the effectiveness of the treatment used.

During the past week I experienced a stunning positive shift in my life. I made an exciting revelation about how to move forward with my career that will help so many people and generate immediate income at the same time. More on this as it develops.

These results came to me because I had been focusing on BELIEVING I could be where I am right now. The 3 resources I shared in tip#271 were a big part of what helped. Another was watching a video on inspiring experiments with the placebo effect.

In the BBC/Discovery channel documentary Placebo: Cracking the Code many compelling experiments were recorded and presented. They show how a fake knee surgery cured patients and how the power of suggestion cured a devastating skin condition. See this video in 2 parts on Google Videos: click here

Harry Potter and the Half-Blood Prince

Right after posting my last blog entry I was compelled to see the opening day screening of Harry Potter and the Half-Blood Prince with a friend. Despite the logical thoughts of focusing on my new income idea I believed that seeing the movie was the most important thing I could do that morning.

As it turned out this latest Harry Potter movie was the most enjoyable of the series. In this chapter Harry begins his 6th year at Hogwarts School. Like all the movies of this series there's lots of magic-filled scenes and colourful characters. What stood out are how Harry and his friends have grown and now exploring love and romance.

And without giving away too much the movie also explores the idea of the placebo effect. There is one character who experiences a boost of self-confidence and empowerment under his own BELIEF. His resulting achievements is like magic itself.

I left the theatre feeling great and I knew that I was filled with even more positive emotional energy than before. And the self-confidence I was feeling assured me that I was suppose to see the movie and that my new income idea would manifest even quicker. I felt validated when I arrived back to my office and found an overdue cheque was waiting for me in my mailbox. It felt like magic!

So think about the power of believing in your own life and career. Take time to understand the placebo effect and how the strength in your own mind can create the reality and happiness you want.

Note that it does take time to build courage in believing in things that seem unbelievable. So start today and just believe that ANYTHING is possible! Believe in magic!

David Yates (director) did a superb job just magnificent to watch, may be Alfonso Cuarón would have made them ROCK. I am a great fan of Harry Potter series. My favorite still remains HP3: Prisoner of Azkaban. But Half Blood was simply outstanding on levels.
Being a great fan I have collected a list of good sites and articles (may be around 200) related to Harry Potter and the Half-Blood Prince (movie information, movie schedule, movie reviews, books, games, news, wallpapers and many more). If you are interested take a look at the below link

I just read your latest blog and enjoyed it very much.

Thanks for INSPIRING me always!