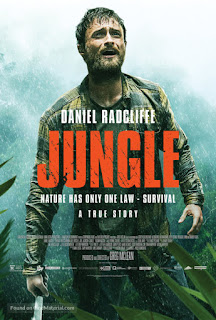 I recently watched two YouTube videos on how tribes, living in the jungle, eat and survive. I found this so fascinating even if they were showing them collect live tree grubs and wrapped them in ferns, exotic fruits and leaves to cook under a pile of hot stones. I actually wanted to taste it!

SEE: Eating with the World’s Most Isolated Tribe!!! The Tree People of Papua, Indonesia!!

Survival movies like Cast Away (2000), The Impossible (2012), The Revenant (2015) and The Way Back (2010) always intrigued me with how they found food and the strength to keep going. Most of all these movies had a hero that inspired me with their resilience, perseverance and tenacity to survive no matter what.

And if these films were based on a true story then it inspired me even more! That was the case of a movie a friend recommended and I watched it not knowing anything and that made the cinematic experience really intense and more satisfying!

The biographical survival drama film, Jungle, is based on the true story of Israeli adventurer Yossi Ghinsberg (Daniel Radcliffe) and his 1981 journey into the Amazon rainforest with two friends and a mysterious guide. This visually lush and gripping film starts off with wonderful adventure scenes and even some magical moments. It also stars Alex Russell, Joel Jackson, Thomas Kretschmann and Yasmin Kassim.
See: movie trailer
Watch now: Amazon Prime 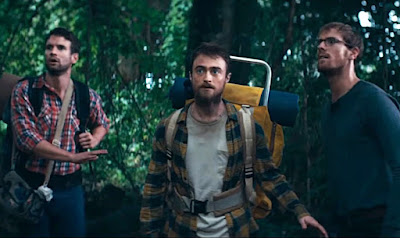 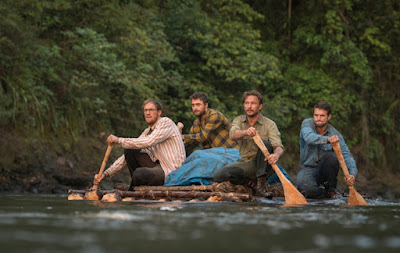 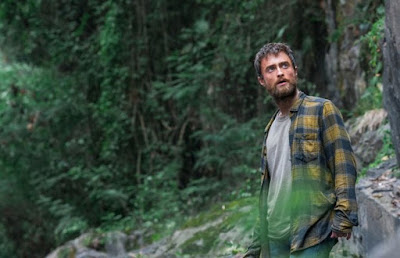 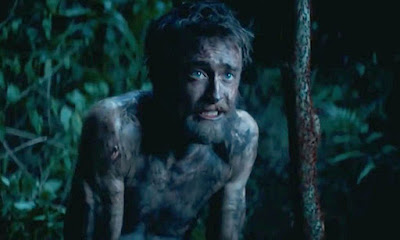 Radcliffe was amazing as Yossi especially in his survival scenes battling the elements of dangerous rapids, torrential rains, rocky cliffs and so much more. He even fights his own mind as the lack of food and water causes a debilitating delirium of what is real or not. And yet Yossi’s positive self-talk and inner strength filled me with hope for the character even when his situation seemed impossible to overcome. These are the moments this hero inspires my own inner hero to never give up in the face of my own adversities.

Amazing true stories of survival can show you the surprising capabilities and potential in ordinary people. And movies about these heroes can immerse you into their difficult surroundings so you feel a little of their pain. And hopefully your also feel your own inner strengths of resilience and indestructible optimism!

Posted by Emmanuel Lopez - Motivatorman at 10:00 AM No comments: 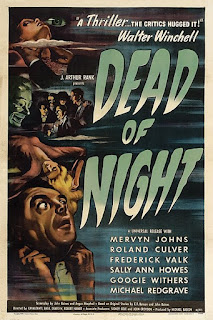 It’s a few weeks before September which means I’m about to enter six months of the depression mood changes that comes with seasonal affective disorder (SAD). Though I was only diagnosed last year I’ve had a keen feeling for several years that I’ve been struggling with this since high school. It’s like I’m caught in a loop of darkness that usually lasts for about 6 months. The key is to maintain my indestructible optimism and resilience!

As I’ve documented my mental health journey on this movie blog and my Instagram channel so I could share many therapies I’ve explored to help me cope during the Fall and Winter months. Diet, sunshine and exercise helps as well as social interactions with friends and other positive energy people. I also have numerous resources for self-motivation like surrounding myself with positive quotes, audio recordings, creative projects and using prayer, meditation and the practice of gratefulness.

• See my art & music as coping tools: www.EmmanuelLopez.com
• Lists of uplifting movies: www.MoviesForMotivation.com
• My uplifting photos of food and other inspirations: Instagram

Movies as medicine are still my top go-to solution that always revitalizes and sustains me through SAD. And some movies, like Groundhog Day and Edge of Tomorrow, reflects the annual seasonal loop I sometimes feel trapped in. Here is another film I recently discovered that sent a chill up my spine with this same message!

The horror film, Dead of Night, is an anthology of short stories centred around architect Walter Craig (Mervyn Johns) who experiences a haunting déjà vu when he meets a group of people at a country house. There are five supernatural stories that are shared by amongst this group of people. Some of the cast includes Googie Withers, Sally Ann Howes, Frederick Valk, Roland Culver and Michael Redgrave.
See: movie trailer
Get movie now: Amazon 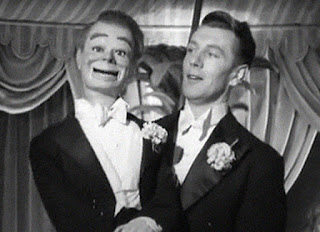 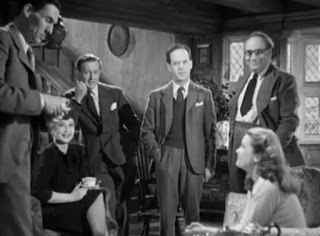 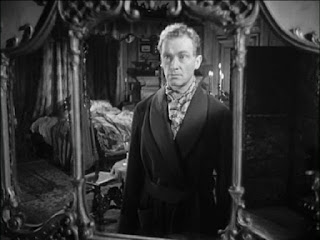 Despite this film being made in the mid-forties it has some lasting, creepy moments and visuals! Scenes featuring the hearse, the mirror and ventriloquist's dummy were already familiar possibly from times I saw them growing up on TV. I’m not sure when but they are still very haunting.

It’s best you see this film without knowing anymore including how this connects with the theme of being caught in a loop. Just know that each of the short stories are thought provoking about strange, unexplainable experiences that many people have in real life.

Posted by Emmanuel Lopez - Motivatorman at 11:01 AM No comments: 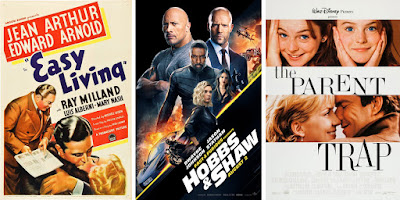 I recently saw a white butterfly fluttering around on a subway platform. It looked so surreal. And it looked trapped. I instantly felt this butterfly reflected how lost I’ve been feeling this summer. I walked past the butterfly and when the subway train arrived and I got on I turned around and saw it was right behind me as if to make sure I got the message it was telling me. Then the doors closed and hoped the butterfly would find its freedom.

The message I got was that, like the butterfly, I wasn’t really trapped and that I always have the freedom to exit my stuck situation. I thought about all options it had. The butterfly could take the east or westbound trains or tunnels, stairways or escalators if it wanted to. This was a reminder for me to do the same. I just needed to choose a direction to move towards.

So while I was waiting on the subway platform of life I’ve been grateful for three new movies I discovered that helped to lift my spirits and fill me with hope.

The screwball comedy film, Easy Living, takes place during the Great Depression where a wealthy banker, J. B. Ball (Edward Arnold), throws away his wife's expensive fur coat and lands on the head of Mary Smith (Jean Arthur) triggering a series of humorous misunderstandings. And despite her financial woes this leads to special treatment and offered a special deal of living in a luxury hotel.
See: movie clip
Buy now: Amazon Prime 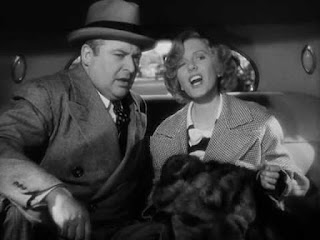 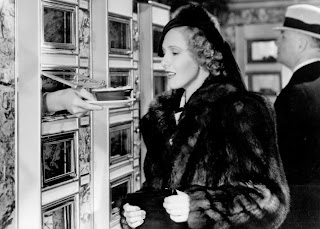 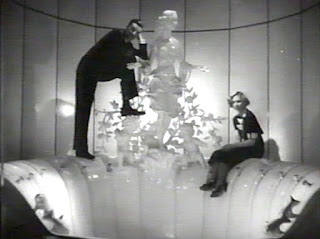 This was the first time I’d seen this black & white movie and was so happy with how it helped me escape my own world of woes. It transported me to older times of late 1930’s America where I enjoyed seeing old methods of dining like the Automat where fast food restaurants serve food and drinks by vending machines. Old ticker tape machines that transmitted financial information was also fun to see. I also loved seeing actors Jean Arthur and Edward Arnold from beloved Frank Capra movies. 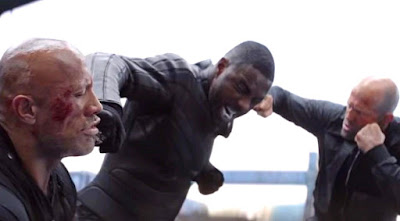 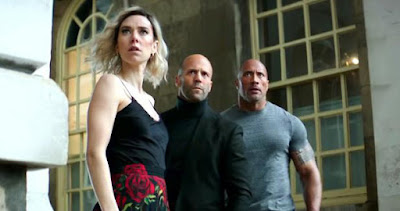 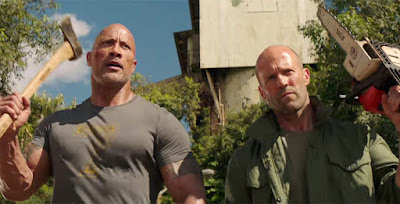 Despite numerous flaws, plot holes and scenes defying natural physics this is a classic summer popcorn film that delivers pure escapism fun. It had some Sci Fi elements and was packed with high octane action sequences on exotic locations. The story also highlighted the importance of family which is a theme in the Fast & Furious series. There were also some surprise cameos and these hilarious characters helped elevate the cinematic fun! 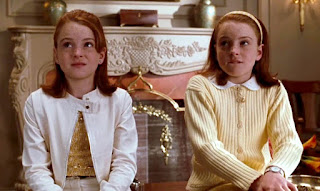 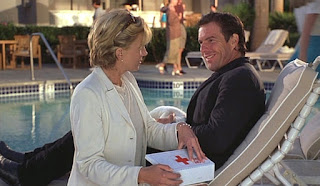 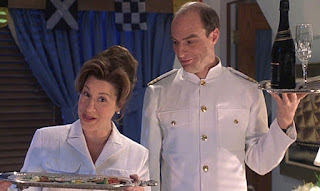 I was so surprised at how note-perfect this movie was and wished I had discovered it sooner in life! It had an amazing script and amazing performances of the twins by Lindsay Lohan in her first film role. The entire cast was excellent and they delivered many hilarious and heartwarming moments. I really loved seeing Annie and Hallie meeting their mom and dad for the first time as well as their parents discovering who they really are.

All these films felt like cinematic tonics that helped alleviate the lost feelings I was stuck in. They each had the secret power of seeping into my numb brain and re-inject some positive energy and thoughts for the rest of the day. And in the end these three films filled me with awe and gratitude for the continued magic of movies in my life.

If you are feeling stuck or lost always remember the power of cinema. Your favourites as well as new movies you discover can transport you to a different world for a few hours, clear your dark moods and rejuvenate your thoughts and feelings. They can help you to feel good again. Find a film today to re-vitalize your spirit and hope!

Posted by Emmanuel Lopez - Motivatorman at 4:42 PM No comments: