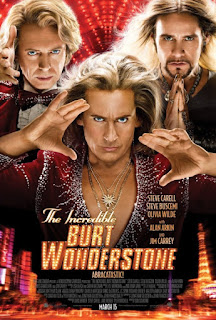 Magician, Bryan Abichandani blew my mind with his magic at the C.J. Graphics 30th Annual Xmas Open House Party 2016 (see tip#1010). It was a well known card trick where I wrote my name down on a card and it kept appearing in unexpected places in the deck. But Bryan really blew me away when I left and returned a few minutes later to ask if I could keep the card as a memento. He asked if I remembered the card and then said, “Never mind just pick another card and we’ll start over.” He then fanned out the cards and I picked a random card. The card I picked was the card with my name!!! WTF! How did he do that? I could have picked any card!!! 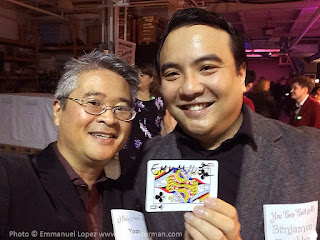 What was so synchronistic is I had just watched the 2016 TV special, David Blaine: Beyond Magic and other Youtube clips of Blaine doing similar card tricks like on his appearance on The Tonight Show starring Jimmy Fallon. I knew that these tricks are illusions but I was still in awe of the magical feeling and awe I felt when Bryan asked me to pick any card and I picked the one with my name on it!

This amazing feeling is similar to the magic I feel when I see a movie that surprises me with its twists in the plot or other unexpected reveals that make me rethink everything I just saw! Here are my top five films that feature magicians and magic that are equally thrilling as well as inspirational and motivational.

This comedy has a great cast including Steve Carell, Steve Buscemi, Alan Arkin, Olivia Wilde and Jim Carrey. It’s about a Las Vegas magic duo that breaks up and how one of these magicians rediscovers his passion and humanity with the help of his idol and the women he loves.
Read more: Tip#640

This fantasy adventure stars James Franco, Mila Kunis, Michelle Williams and Rachel Weiss. It is a prequel story to The Wizard of Oz film and is about a magician and scam artist that finds redemption helping the good people of Oz with his unique use of light projection, science, showmanship and slight of hand.
Read more: Tip#637
Read more: Tip#659

This mystery thriller stars Christian Bale, Hugh Jackman, Michael Caine, Scarlett Johansson and David Bowie. It is about a rival between two magicians and how far they will go to create the world’s greatest magic trick.
Read more: Tip#112

This romantic mystery film stars Edward Norton, Jessica Biel, Paul Giametti and Rufus Sewell. It is about a magician in turn-of-the-century Vienna who uses his magical performances to reconnect with his childhood love now far above his social standing.
Read more: Tip#266

There are more films I could add like the sequel Now You See Me 2 (see Tip#981), the entire eight film series of Harry Potter (see: my list of links) and its prequel Fantastic Beasts and Where to Find Them (see Tip#1006). But if you are looking for some immediate amazement and also be inspired by the movie hero’s journey and personal growth then I highly recommend these five films.

Movies about magic can work on three empowering levels. One is enjoying the tricks and illusions the magicians perform. Second is the inspiration you can receive by what the movie hero learns through their life or career challenges. And third is the enduring magical feeling you get when watching a movie that emotionally moves you and leaves you with a warming sense of wonder, awe and excitement! Discover these fantastic, uplifting feelings today!

Posted by Emmanuel Lopez - Motivatorman at 10:38 AM