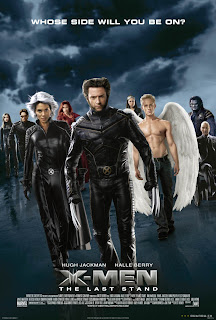 You have such a powerful mind. And the only way you can unleash that power is realize it's inside you somewhere waiting for you to believe.

I believed and as the summer winds down I am looking back at how transformational my life and career had become since my profound experiences with the Millionaire Mind Intensive back in June. See tip#169: Your Thoughts Are Worth Millions.

A big part of what I learned was how powerful our mind and thoughts really are. The intensive weekend program gave a multitude of methods for manifesting what you wanted especially when it came to money. I put it to the test and within 4 days of that weekend received a lucrative commission out of the blue.

At first I thought it was a miracle and then realized that I created this commission. My thoughts created it. I used the law of attraction. I was astounded and also saw the irony because the job came from another inspirational speaker who saw my Chocolate Energizes video on YouTube and loved it. He then commissioned me to create a promotional video for him. You can see it here on YouTube: Click here

Recently, powerful synchronicities guided me to re-watch specific movies. They all had a similar theme of realizing the hidden potential of your mind. One of the movies was X-Men-The Last Stand.

This film was the 3rd part of the X-Men Trilogy

movies and based on the popular comic book. The stories revolved around gifted individuals young and old who have mutant genes that gave them special powers. Some can manifest ice (Iceman) and some control the weather (Storm).

In The Last Stand, the character Jean Grey had died saving the X-Men in the previous movie and was reborn in this one as Phoenix. At the beginning you see her as a child who had mind powers that could potentially make her the most powerful mutant ever. You then learn that protective mind control barriers are put on her to keep her power in check.

Her death causes these "psychic circuit breakers" to switch off unleashing her full potential. And although her power is used for destructive purposes the message I received was the mirror of my own mind powers coming alive.

The definition of a phoenix is of a mythical bird that consumed itself by fire and rose renewed from its ashes. That's what I felt like this summer as my own "circuit breakers" of my brain's potential were released. And so many incredible synchronicities had manifested rapidly during the summer that I hope to share more of how I'm creating the life and career I desire in this blog.

Picture yourself as a phoenix and know you can be reborn with all the self-confidence and resilience you've always wanted. Allowing yourself to believe in your hidden possibilities is the first step to unleashing what is already inside you.

Read more about power of your mind:
Tip#57: Movies To Inspire The Power of Your Mind

Posted by Emmanuel Lopez - Motivatorman at 11:08 AM