Tip#182: See Through Other People’s Eyes - You Don't Mess With The Zohan - Meet Dave 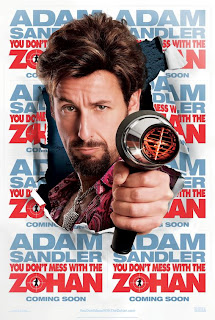 Sometimes silly stories can offer meaningful messages. Here are 2 movies I discovered this summer that made me laugh and also left me learning more about life through other people's eyes.

You Don't Mess With The Zohan

Adam Sandler offers another over the top comedy in You Don't Mess With The Zohan.

The plot is simple and silly, an Israeli Special Forces Soldier fakes his death so he can re-emerge in New York City as a hair stylist! And yet beyond the film's rude and crude jokes you will open your eyes more to the Israeli and Arab cultures. For example there is a hilarious running joke about hummus.

There are so many cultural references that even if you don't understand some of them you will at least see a pattern of something new. That's how we learn more about one another is by recognizing repeating references.

In this case the movie dialogue is a mishmash of cultural dialects and gibberish. If you are interested in learning more about the Hebrew/Arabic/Yiddish/Gibberish spoken in the movie check out this informative link by an Israeli film critic. Click here

Another positive message that comes through is to follow your passions. Many people around Zohan, including his parents, were not supportive of his desire to change careers and become a hairstylist. But he perseveres and turns everyone's opinions around including the Arab characters that were once enemies. Now isn't that a positive message for wanting to make the world silky smooth? 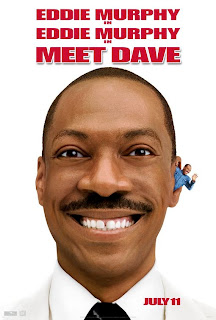 In the comedy Meet Dave,

Eddie Murphy plays 2 characters. He plays a tiny captain of an alien ship that has a human form looking just like him. It is this human looking ship that generates hilarious scene after scene of him trying to act natural in New York City.

During Dave's attempts to mimic human behaviour the emotionless crew within the ship begin to see the uniqueness of being human. Slowly each crewmember begins to develop individual personalities. They begin to enjoy and see the benefits of the multiple flavours of our world.

Despite many negative reviews Meet Dave is one of my favourite movies of the summer. It made me laugh and it reminded me how rich our communities are with the diversity of cultures and personalities. That's why I love Toronto, it is a city rich with ethnic cultures and annual festivals that celebrate it.

So step outside of yourself and see the world through other people's eyes. This way you get to better understand another person’s point of view. The benefits are tremendous. You can reduce conflict and friction in your relationships and build more synergy and productivity in your workplace.

Have a taste of the buffet of personal points of views around you right now!

Posted by Emmanuel Lopez - Motivatorman at 9:23 AM

I have really enjoyed some of your writings over the last few months.