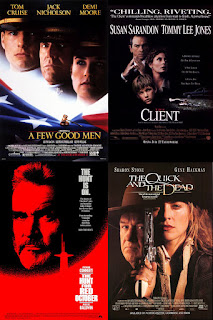 It sometimes amazes me that my whole body and brain can feel the compression and shorter days of autumn. As the long summer days end and September arrived I started to feel symptoms of seasonal affective disorder (SAD) and the shorter hours of sunlight. These symptoms are similar to depression symptoms: lack of focus, concentration, disconnect from all emotions, heaviness in body and ruminating thoughts of hopelessness. Read: More about SAD

Thankfully I had a supportive friend that invited me for much needed therapies like soaking up the soothing nature of High Park, the pet therapy comfort of her rescue dog from Mexico she was pet-sitting named Haggis and the re-energizing wonders of face to face human interactions. These feel-good activities really helped lift me up! I also have cinema therapy as coping aids for depression when I’m alone and not able to leave the house.

Recently I rediscovered four films from the 90’s that I always found highly entertaining. They were the kind of movies I’d always watch whenever they came on TV. And even though I was seeing them for first time in many years they were still engaging with the added bonus of giving my brain some pain relief. The stories and characters gave my head much needed rest from the negative rumination thoughts and feelings that come with depression and seasonal affective disorder (SAD). 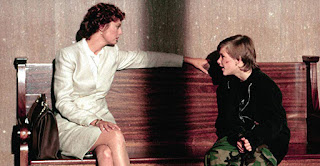 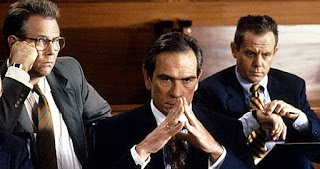 This legal thriller is based on the novel by John Grisham and is about eleven-year-old Mark Sway (Brad Renfro) who witnessed the suicide of a mafia lawyer, He hires an attorney, Reggie Love (Susan Sarandon), to protect him when the District Attorney, Roy Foltrigg (Tommy Lee Jones), tries to use him to take down a mob family. I always loved this story and how tough and resilient Mark and Reggie were when faced with extreme adversities. They both showed great courage and resourcefulness to persevere that I found inspiring!

This legal drama is about military lawyer Lt. Daniel Kaffee (Tom Cruise) and fellow lawyer, Lt. Cdr. JoAnne Galloway (Demi Moore) defending two U.S. Marines charged with killing a fellow Marine at the Guantanamo Bay Naval Base in Cuba. I loved the witty dialogue by writer Aaron Sorkin peppered throughout this entertaining film and how Kaffee finds his moral compass. Most of all I loved his courage and confidence in facing Col. Nathan R. Jessep (Jack Nicholson) who was vicious and highly intimidating! 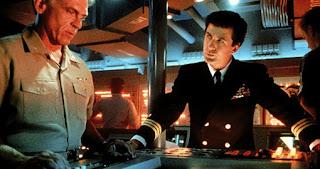 This espionage thriller is based on the Tom Clancy novel and is about American CIA analyst Jack Ryan (Alec Baldwin) suddenly thrust on the battle field to track Soviet submarine captain Marko Ramius (Sean Connery) heading for the east coast of the United States. This is such an exciting film and the performances and action scenes are riveting. The strategic thinking and planning is inspiring to watch. This movie always takes me away from my problems and re-energizes my positivity and optimism! 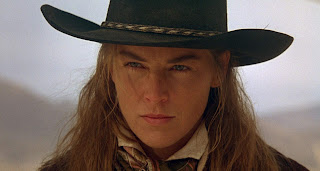 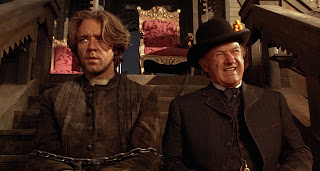 This action western film is about a female gunfighter known as The Lady (Sharon Stone) returning to a frontier town where a dueling tournament is being held. Here she seeks to avenge her father's death with ruthless mayor and former outlaw, John Herod (Gene Hackman). This stylish western was such a delight to rediscover and to see a very young Leonardo DiCaprio and Russell Crowe in his first US film. Stone’s character The Lady also inspired me with her inner strengths and courage in facing such a ruthless villain like Herod. She is a great example of strong female leadership.

The uplifting power of cinema always lifts me out of depression or seasonal affective disorder (SAD) so fast that it will always be one of my go-to coping tools and therapies. And I do my very best to balance this with getting outside and soak up nature energy, vitamin D from sunshine, enjoy some pet therapy and the company and love of a good friend!

How about you? Is cinema one of your tools for inspiration?

See 100's of inspirational movie tips from this blog listed A to Z!
Click here: Movies for Motivation

Posted by Emmanuel Lopez - Motivatorman at 10:43 AM