I just had an epic week at the Toronto International Film Festival this year! It was special because it was my first time actively attending screenings since I started my recovery early last year from clinical depression. Prior to that I wasn't attending TIFF regularly because I wasn't feeling well enough. So with each film I saw this year I received extra special life lessons and answers I’d been seeking to keep moving forward with my life and career with confidence and enthusiasm! Here are my top 4 highlights for inspiration and motivation when they are widely released…

This fantasy drama is about how a giant tree monster (Liam Neeson) helps a young boy named Connor (Lewis MacDougall) cope with the terminal illness of his single mother (Felicity Jones). This film was an incredible mixture of richly animated sequences and highly emotional moments. This is a major tearjerker! Highly recommended for anyone needing to release suppressed emotions and face the upcoming death of a loved one with courage. Read my full review tip#986

This comedy drama is about a young boy named Wes (Jacob Tremblay) who thinks he is a Mongolian goat herder and goes on an exciting road trip that becomes transformational for his mother (Vera Framiga) and father (Marton Csokas). It is also about dealing with grief and keeping a family together. The whole cast is outstanding and also includes Virginia Madsen and Suraj Sharma. Highly recommended for anyone needing to heal from the loss of a loved one or feeling lost in life and wanting to find your place in the world.

This biographical drama is about a journalist named Susannah Calahan (Chloë Grace Moretz) suffering from a rare autoimmune disorder repeatedly misdiagnosed. All the performances were outstanding, especially Moretz, and the film was a powerful, emotional sledgehammer. This is the type of film that could save lives because of the important insights it shares about helping someone clearly needing personal medical attention, love, patience and understanding. Highly recommend to anyone dealing with mental illness and wanting to find hope and inspiration for increasing indestructible optimism and resilience.

This romantic musical comedy-drama is about Sebastian (Ryan Gosling) and Mia (Emma Stone) who are drawn together by their common desire to follow their dreams and passion. What unfolds from the moment the film starts is a breathtaking, magical throwback to the classic Hollywood musicals of the 60’s. The singing, dancing, songs and music are all so fantastic! Highly recommended for lovers of musicals and for those needing inspiration to follow a dream with courage and a willingness to make sacrifices along the way. See this beautiful short teasers: Teaser #1 Teaser #2

Note: If I had seen The Arrival and Lion I'm sure they would have been part of this list!

AFTER PARTY HIGHLIGHTS AT TIFF 2016 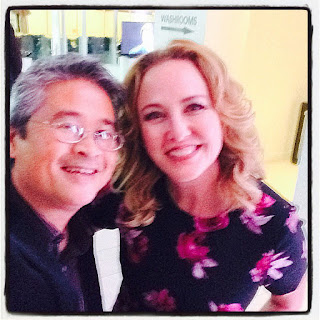 At the after party for Burn Your Maps I had the honor of having wonderful conversations with two actresses I’d been a fan of for years. Virginia Madsen was so supportive when I told her about my movie blog helping people dealing with depression and difficult times. I mentioned her character in The Rainmaker always inspired me with her inner strength and courage. I also said how much I loved her new film and will be featuring it on my blog. Virginia was so down to earth and gave me such warm eye contact that my knees started to buckle from her beautiful face and presence! 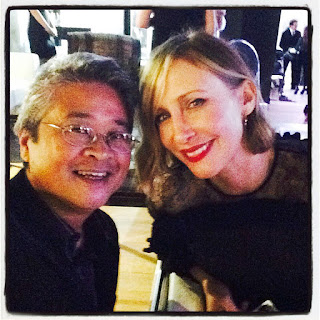 I was also grateful for how gracious Vera Farmiga was in chatting with me. I mentioned that I’d featured her film At Middleton in my movie blog and she just lit up and said she loved doing that film! I told her that I loved her new film and range of emotions she showed as a mother having problems dealing with a family death. And like Virginia I was so amazed at her warm eye contact and giving of her time. And yes she is even more gorgeous face to face! 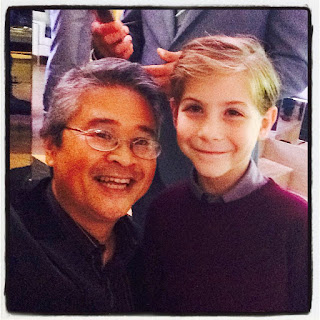 I also met the super cute, super talented and super shy Jacob Tremblay! He was really astounding to watch in this film! He is truly gifted and feel lucky getting this selfie photo with him! 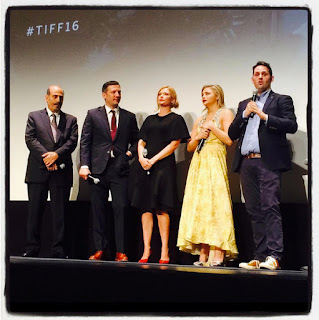 The Q&A after the screening of Brain on Fire was very emotional and insightful. Joining the writer & director Gerard Barrett and lead actress Chloë Grace Moretz was the real Susannah Cahalan and Dr. Souhel Najjar that saved her life. Everyone shared their personal reasons for wanting to make this movie and one common factor was they just want this film to save lives. There was a very emotional moment when survivors of the disorder featured in the movie were asked to stand up in the audience and came onstage. This film had a huge, personal impact on me because of my mental health challenges and will be featuring this, along with the other TIFF films I covered, closer to their release dates.

If you love movies than I highly recommend you attend TIFF or any major film festival. You will love the energy of a huge community of movie lovers coming together and sharing this passion! And definitely go see a gala screening where the stars and film-makers show up and talk about their film with the audience. And if you are lucky to get into after parties then I hope you have the same wonderful experiences I’ve had meeting your favourite movie stars!


ON SALE NOW: Top Inspiring Women in the Movies:
15 Films for Leadership at Work & in Life
The latest eBook by Emmanuel Lopez: Click Here