Tip#234: Find Support In Any Shape It Comes – Lord of the Rings Trilogy 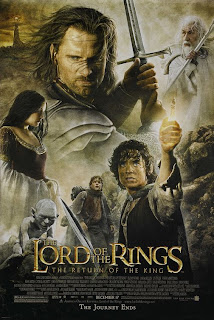 Making the journey towards your dreams and goals could be a long one. That's why it is important to maintain an optimistic attitude and have support in any form it takes.

It is always exciting to watch the Oscars because of the reactions on the winner's faces. And this year's 81st Academy Awards was extra inspiring. Many of the winners expressed awe in being onstage because they grew up dreaming about that moment. You could feel their positive emotional energy overflowing!

And one story that touched me was best actor nominee Mickey Rourke and his comeback from challenging times. He had openly expressed that it was his dog, Loki who was key in keeping his spirits positive during his many years of hardship. He had planned on taking his Chihuahua to the Oscars with him.

Sadly, Loki died just days before the Oscars on Sunday. Rourke believed Loki stayed alive long enough for him to complete his journey back to a new life in Hollywood in his late 50's. And I believe in this synchronistic timing because there are special people who come in and out of my life supporting me through the hardships.

The Lord Of The Rings Trilogy

that was released during that time. The films became a metaphor about the important people who come into our lives that help us move forward and face our fears and struggles.

Frodo Baggins is the central hero of the trilogy whose task is to make a long, almost impossible journey. Along the way he encounters diverse characters and creatures who stand by him. Some die and some make it all the way with Frodo to see him accomplish his goal.

Let this inspire you to know that support can come in all shapes and forms to aid you in your dreams and goals. Let Rourke's comeback with the help of his dog inspire you to recognize support in any shape it comes. Remember you are never alone.

And as I stated in my last blog entry, tip#233, to overcome the stress of the current economy it is key to cultivate supportive relationships. One of the positives of this economic crisis is a chance for you to take inventory of people you can count on no matter what. Start by believing the support is already around you.

Posted by Emmanuel Lopez - Motivatorman at 10:19 AM