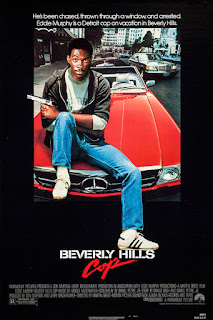 The silver lining of dealing with clinical depression and seasonal affective disorder has been getting to the root causes and triggers of the symptoms. And a severe drop in self-confidence and self-worth are the unfortunate consequences that I am discovering solutions for. This is why finding real-life heroes or cinematic heroes helps activate my indestructible optimism during dark times!

Recently I was watching a compilation of Eddie Murphy interviews on the David Letterman Show (1984-2011) and it amazed me to be reminded he was only 21 in his breakout movie debut in 48 Hours. And watching his early interviews he seemed so much older with his abundance of confidence.

This led me to re-watching the first Beverly Hills Cop which I loved so much when it was first released in 1984. I was in OCAD art college at the time and enjoyed the film purely for the fun and comedy. Years later I rediscovered Murphy’s character Axel Foley as a cinematic role model for fearless self-confidence! 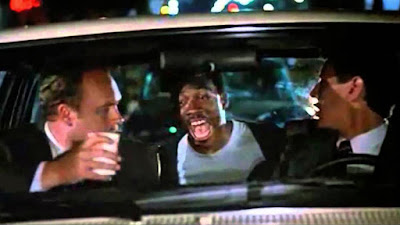 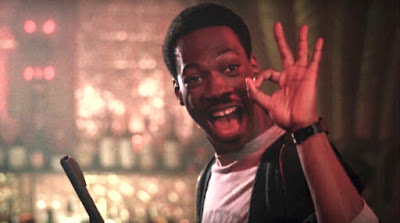 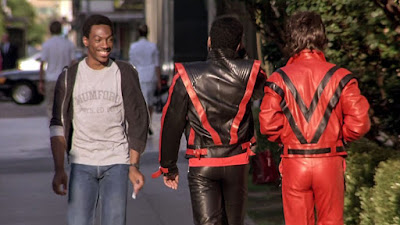 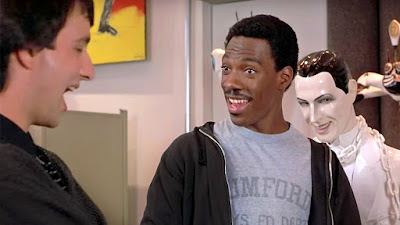 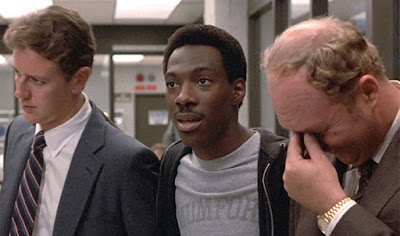 Murphy is a comedy genius in this movie role! Much of his memorable scenes were improvised and apparently many takes were ruined because the cast, crew and even the director kept breaking out in laughter! And now having seen this for the first time in years I was newly inspired by Foley’s range of confidence styles he demonstrated.

As I wrote in previous Part 3 on Fearless Confidence, I identify three types of confidence: Cocky Confidence, Calm Confidence and Kooky Confidence (playful, silly). Foley is equally effective in any confrontation when he is in one of these three modes. For example he may be joking around while he is in a strip bar but when he observes two suspicious patrons in trench coats he shifts quickly into Calm Confidence and instructs his partners on an immediate plan of action with a calm, assertive voice.

And, of course, Foley’s Kooky Confidence, are the highlights of this film. For example there’s the scene where he demands a room at the Beverly Hills Palms Hotel or his hilarious method of getting into a private club buffet. I was inspired by Foley’s quick thinking and confidence as well as Murphy’s brilliant acting. This is what re-energizes me when I lose my own self-confidence or self-worth.

Re-watching old favourite films can inspire you in ways you’d never expect. Re-discovering these movie heroes can help you appreciate their inner strengths and encourage you to look at your own. Find a film today to help you to unleash your own fearless confidence!

Posted by Emmanuel Lopez - Motivatorman at 10:41 AM