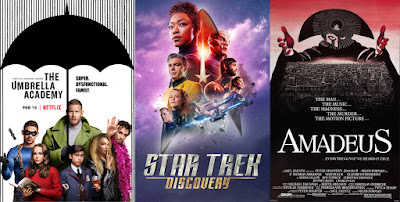 Synchronicity:
Defined as a meaningful coincidence of two or more events, where something other than the probability of chance is involved

This has been an astounding two weeks of personal growth for me! I’ve received promising answers to the cause of my experiences with chronic depression. It began with a new series of healing touch bodywork I received as a gift that led to epiphanies in my new group therapy program about repressed anger I’ve had since I was a kid.

This later triggered a flood of memories throughout the decades of moments where I couldn’t feel anger when that was the most appropriate emotion to feel and express. Just like in the animated Pixar film, Inside Out (see Tip#863), I was being reminded that anger is a vital and healthy emotion to express. Repressing or suppressing it does long term damage in body, mind and spirit. Ironically all of these epiphanies happened on Valentine’s Day. 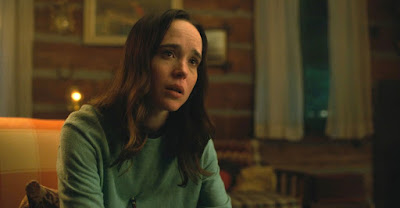 That following weekend I was invited to binge watch 10 hours of 10 episodes of the new Netflix series The Umbrella Academy. I was invited by my friend, Derek Lang, who worked on the show and I was deeply affected by the storyline of the character Vanya played by Canadian actress Ellen Page. It was profoundly synchronistic to my repressed anger discovery.

SPOILER ALERT!!!
All her life, Vanya believed she was ordinary while her brothers and sister exhibited extraordinary super powers. This led to a reclusive and depressed life. But then she later discovers in the 8th episode “I Heard A Rumor” that the idea of being “normal” was implanted in her thoughts at a young child. This was done without her knowledge or permission. Seeing this scene hit me hard. It was devastating to watch.

During the next group therapy session I brought up this show and the implanted thought scene and I started to get emotional and finally broke down crying. I soon realized that a similar destructive thought was implanted in my own brain without my permission as a child. I believe something like Vanya’s situation has been the cause of life long fears I’ve had all my life and career. Thankfully, at the same time I knew I had a breakthrough psychologically. I was encouraged to embrace this as a huge step forward in my self-empowerment. 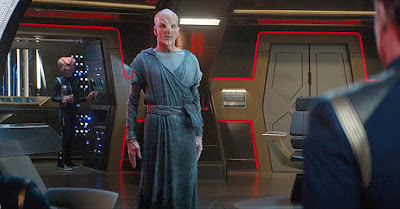 My unexpected epiphanies triggered from The Umbrella Academy continued a few days later with the latest episode of Star Trek: Discovery called “The Sounds of Thunder”. The synchronicity was so mind blowing I was in awe! In the story, the alien character Saru (Doug Jones) had recently been freed of lifelong fears due to a painful, biological change in his body. To his amazement Saru now feels more confidence, courage and assertive power. He also expresses his anger that the implanted feeling of fear in his species by another species was all a lie and was meant to repress their true inner strengths and abilities.

I almost couldn’t believe the coincidence of what I was seeing with Saru’s story! It was a huge mirror to what I was going through. The added irony included recognizing my friend and actress, Avaah Blackwell, in brief moments on the bridge of the USS Discovery. She plays a reoccurring alien character named Osnullus unrecognizable because of a large orange brown alien head. But I spotted her standing right behind Saru on the bridge (see photo)! 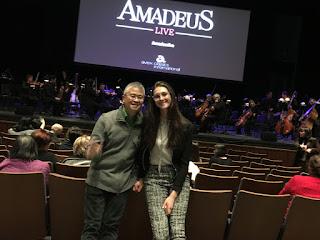 The night before I saw this Star Trek episode I was with Avaah attending the film presentation of Amadeus with a live orchestra and choir at The Sony Centre. This is my second time seeing Amadeus at this venue (see Tip#1001) and I intuitively felt I needed to share the unique experience with Avaah. We discussed my recent epiphanies and she was so supportive and encouraging. She reminded me that I was going through a positive transformation and that triggered some shining optimism within me. We then enjoyed the show as the orchestra filled the theatre with the majestic music of Mozart!

As always, I received a meaningful message that was perfect for this exact moment in my life. I was struck by Mozart’s fearlessness in expressing his passion and enthusiasm for his music and life. And despite how negatively some people saw him this was a mirror and reminder for me to feel safe enough to express any emotion, like anger, and not suppress it! Mozart, played by Tom Hulce, was now my latest cinematic role model for being my authentic self and to fearlessly express my passion, enthusiasm and repressed emotions like anger. 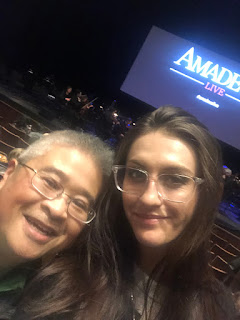 So I am fully embracing this current part of my journey and transformation. And perhaps all these synchronicities were gifts from God who wants to remain anonymous! All I truly know is I’m very happy to give thanks to him as well as Vanya, Saru, Wolfgang Amadeus Mozart and Avaah aka Osnullus for inspiring my courage to express myself and write this extra personal blog entry! Thank you all!

Sometimes coincidences are just coincidences. And sometimes they are so profoundly meaningful that they fall under the category of synchronicities or gifts from the universe guiding us through the darkness. Whatever these signs are if you choose to believe in synchronicities the answers you deeply pray for will arrive in magical ways and accelerate your self-empowerment even faster!

Posted by Emmanuel Lopez - Motivatorman at 10:07 AM