Tip#1001: Remember the Magic of Cinema, Part 5 - Amadeus Live at The Sony Centre 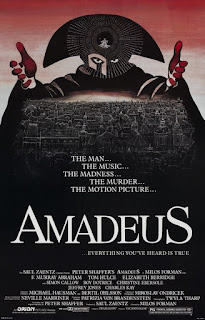 I have a life long passion for going to see movies in a theatre because seeing the huge visuals and hearing the dialogue and music with a live audience is always energizing! Now imagine hearing the music being played live with a full orchestra and choir. This happened when I recently attended a special screening of Amadeus at The Sony Centre for the Performing Arts, Toronto and it was one of the greatest cinematic experiences I’ve ever had! It was a real gift thanks to my friends at Movie Poster.com.

The evening started with a discussion featuring two music scholars on what was true and made up about the film’s characters Mozart and Salieri. Later I was absolutely thrilled to hear the live orchestra and choir began to play with the film projected above them! The musicians sounded so perfect as they matched every music cue within the movie. And it was clear the packed audience was enjoying the show because of all the laughter and applause throughout! 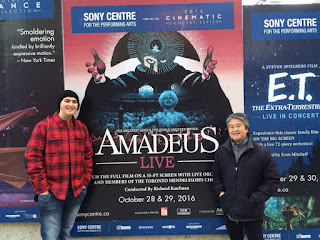 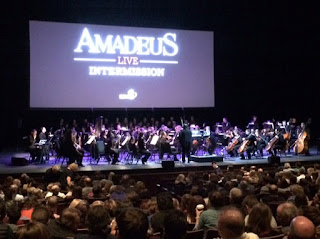 One of the reasons why this was a truly unique presentation are because of scenes like Salieri describing the individual instruments, like a clarinet or oboe, of a Mozart piece. You can see that specific musician playing live onstage! And later, for the Requiem Death Mass, Salieri is assisting Mozart to compose the individual instruments and vocals and we got to see each part played live and sections of the choir standing when it was their turn. It was breathtaking!

I highly recommend you see this series of films with live music because it is utterly one of the most amazing experiences you could have with a movie! See more: Sony Centre Toronto

The period drama film, Amadeus, is about the music and life of Wolfgang Amadeus Mozart (Tom Hulce) as seen through the eyes of his rival Antonio Salieri (F. Murray Abraham) in 18th century Vienna. This stunning, entertaining movie is overflowing with astounding performances, lavish costumes and sets and is filled with Mozart’s beautiful music! The film won 8 of 11 Academy Awards including Best Picture, Best Director and Best Actor. See: movie trailer

There is so much to love about this epic film! I remember loving it when it was first released in 1984. I was in art college at the time and Mozart’s overflowing musical talents and joyful, silly personality really inspired me! Seeing the film at the Sony Centre was the first time in decades and it still holds up well. F. Murray Abraham’s Oscar-winning performance was riveting to watch and his old man makeup still looked fantastic!

If you love classical music or you are any kind of artist or musician then Amadeus is a must-see! There is a director’s cut but I recommend the original theatrical version. The movie was also chockfull of inspirational and motivational themes.

Remember the magic of going to the cinema and seeing a movie with an audience. Feel how energized you can get seeing the characters and locations you see on the screen. And let your spirit be uplifted by the music and sounds that fill the theatre! Cinema is a powerful resource for you to enjoy anytime you need it!

Posted by Emmanuel Lopez - Motivatorman at 9:29 AM