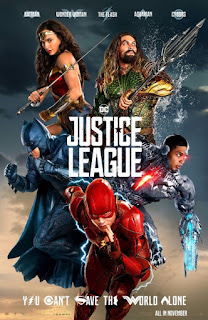 Since I had written about facing fears in tip#1066 I continued experiencing a rapid flow of synchronicities confirming that reprogramming subconscious beliefs was my primary goal to focus on. And this led me to reviewing the Justice League movie in an unusual matter since it connects with my current discoveries!

As mentioned in tip#1066 I was recommended to Dr. Matt James’s webinar which then led me to purchasing his new Kindle book, Mental & Emotional Release. In the webinar he mentioned biologist Bruce Lipton and his book, The Biology of Belief and I was excited to learn more about his teachings through his lively Youtube interviews. In one video he reminded me that the subconscious controls 95% of our behavior and decisions. 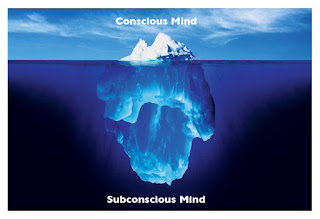 I was then reminded of the perfect metaphor showing a tip of a visible iceberg representing the conscious mind and the massive bulk of it hidden below the surface representing the subconscious mind. It can seem overwhelmingly impossible to deal with any hidden, destructive programs below the surface but thankfully Lipton recommends a three step solution for rewriting the subconscious.

The mention of hypnosis intrigued me to explore first and discovered a treasure chest of subliminal recordings from Vortex Success on Youtube. They have an extensive audio library with themes such as Attract Love, Money & Abundance and Depression & Anxiety. Within each theme are sub-categories that include a description and list of subliminal affirmations embedded in the soothing, meditative music.

I found the lists of affirmations so empowering that just reading them made me feel confident and strong! Listen to sample & read list of affirmations:  Rewire Your Brain To Stay Motivated Focused And Goal Oriented 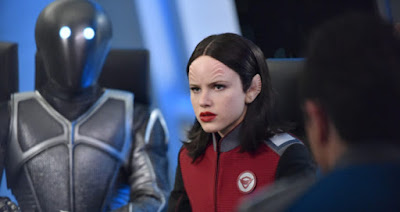 While I was implementing the subliminal audio recordings I was amazed at another synchronistic moment. The Orville TV show has become an instant favourite show for me because it’s a spoof on the classic Star Trek series and yet actually retains Star Trek’s spirit and optimism in comparison to the latest TV show Star Trek: Discovery (which I also love!). The most recent episode astounded me because it was a mirror for my research into reprogramming subconscious blocks! The episode was about the ship’s Security Chief, Lt. Kitan, dealing with a fear of fire.

What unfolds is Lt. Kitan’s unique solution to program the ship’s holographic room to face her fear of fire and other phobias such as spiders and falling from heights. The key for her was to have a short term memory wipe to forget that she set up the program and think that the holograms are real. It’s timely stories like this that simply fuel my enthusiasm to continue on this path! It then continued with seeing the Justice League movie on opening day.

The superhero film, Justice League, is about the formation of DC Comics heroes Batman, Wonder Woman, Aquaman, The Flash, Cyborg and Superman. Despite mixed reviews and numerous flaws I was able to enjoy the movie thanks to dramatic rewrites and reshoots to the film. See: movie trailer 3 (with changes) 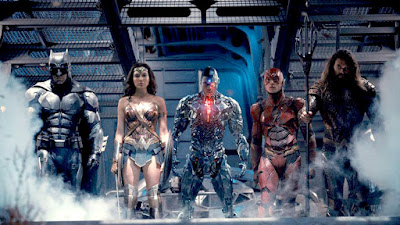 It had been reported that director Zack Snyder’s original cut of the film was so poor that they brought in writer & director Joss Whedon to re-write and ultimately reshoot about 20% of the movie. Snyder’s original vision was dark while Whedon’s is much lighter and fun as demonstrated in his other films for Marvel, The Avengers and its sequel. This merging has caused much controversy amongst critics and fans.

However, because I disliked Snyder’s previous film Batman V Superman for it’s dark, pessimistic vision, I welcomed Whedon’s re-writes. Apparently all of Superman’s scenes were reshot and finally I felt his heroic optimism had returned that was missing in his two previous film appearances! Even his costume was much brighter. Plus the original film composer was replaced with Danny Elfman who incorporated his iconic Batman theme from Tim Burton’s Batman films as well as John William’s famous theme from Superman: The Movie. It was a thrill to hear these themes I've loved over the years! 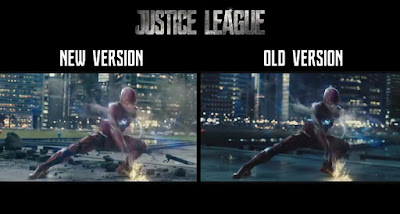 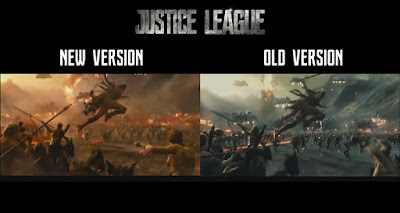 So for me these cinematic rewrites were yet another metaphor and mirror for the light and optimism I wish to reprogram into my subconscious mind. All these synchronicities have excited me to continue experimenting with transforming that hidden iceberg within my mind.

If you are seeking solutions for chronic problems that keep coming up in your life then be open to any concepts that excite you to explore. Feel enthusiasm to rewrite your life with new methods and tools. Enjoy your journey for creating a new empowered life for yourself!