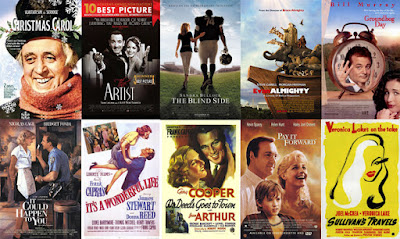 I remember on a cold, grey February morning that I wasn’t feeling well but later felt uplifted and transformed as if tropical sunshine suddenly warmed my heart! At the time I was experiencing depression symptoms that could have been seasonal affective discover (SAD) or winter blues. Whatever it was it didn’t stop me from doing something nice for a stranger because that day was February 17th, Random Acts of Kindness Day.

I decided to buy a bunch of delicious shortbread cookies I loved that had a chunk of chocolate in the centre and gave them out to local homeless people. One man sitting in the freezing weather was so grateful. He said shortbread cookies were his favourites and his mom used to make them growing up. This touched my heart and was happy I made his day a little brighter! That’s the moment my mood shifted into joy. I was so touched that I gave him an extra cookie!

Three Results from an Act of Kindness

This man’s story turned out to be his own random act of kindness for me that lifted my spirits and brightened my day. It reminded me of what Dr. Wayne Dyer wrote in his book, The Power of Intention…

The positive effect of kindness on the immune system and on the increased production of serotonin in the brain has been proven in research studies. Serotonin is a naturally occurring substance in the body that makes us feel more comfortable, peaceful, and even blissful. In fact, the role of most antidepressants is to stimulate the production of serotonin chemically, helping to ease depression.

Research has shown that a simple act of kindness directed toward another improves the functioning of the immune system and stimulates the production of serotonin in both the recipient of the kindness AND the person extending the kindness. Even more amazing is that persons observing the act of kindness have similar beneficial results. Imagine this! Kindness extended, received, or observed beneficially impacts the physical health and feelings of everyone involved!

I ended up sharing my story with the homeless man on social media knowing that it would impact the feelings of my contacts so I posted a photo of the cookies and what happened. See: Instagram post 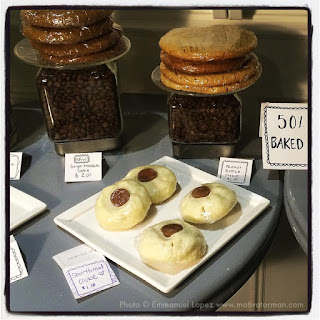 These are the delicious shortbread cookies I gave to homeless people.

Real-life stories as well as movie examples of kindness also inspires me. Here are wonderful examples for acts of kindness in cinema I’ve put together. I hope my top 10 movies inspires your imagination of what you could do to make someone’s day!

This classic Christmas film has a wonderful ending with the giddy transformation of self-centred miser Ebenezer Scrooge. After his life review with three Christmas ghosts he is overflowing with love and compassion and gives his housekeeper and employee, Jacob Marley, a big raise. Their reactions are priceless! He then sends Marley and his family a big Christmas turkey and later shows up at his nephew's Christmas dinner party making his nephew and wife very happy.

George Valentin and Peppy Miller are two Hollywood actors in the 1920’s silent era. They’ve been friends for years but then have a falling out. Thankfully that doesn’t stop her from showing him compassion and kindness by anonymously helping her friend in need. When his acting career goes bankrupt and loses his home she secretly purchased his furniture and belongings and kept them safe for him.

Based on a true story, Leigh Anne Tuohy and her family open their home and hearts to a homeless black teen named Michael Oher. Together they become his family and help him develop his talents as a powerful football player. Leigh Anne’s initial act of kindness ended up changing her life and the lives of her two children, husband, Michael's high school and later benefiting the NFL.

In this comedy, Evan Baxter wanted to change the world as a congressman but God wants him to build a modern day ark for an upcoming flood. God notices that Evan isn’t kind to a stray dog who wanted a drink of water and uses that as an example that he needed to open his heart and help this one dog. Evan eventually learns from God that changing the world starts with one act of random kindness at a time = Act of Random Kindness = A.R.K.

This classic comedy is about arrogant, egotistical Phil Connors who learns that compassion and thinking of others first is how he breaks out of the time loop he is stuck in living the same day over and over again. His days end up filled with as many random acts of kindness he can accomplish such as bringing coffee and donuts to his co-workers, feeding a homeless man, changing a flat tire and catching a boy falling from a tree.

Inspired by a true story, a New York City cop named Charlie splits his $4 million winning lottery ticket with waitress Yvonne as a tip. That leads to them doing random acts of kindness for people in the city like giving away free subway tokens and treating kids to play baseball at Yankee Stadium. Yvonne also buys the diner she worked at and made a special table where homeless people could have a free meal.

In this classic Christmas film, George Bailey is always doing random acts of kindness. When his father’s business needed his help he gave away his college money to his younger brother. Later, right after his marriage, he gives out his own honeymoon money to satisfy upset clients of his savings and loan business. Though George slips into a depression an angel helps him see that his acts of kindness over the years touched the lives of so many people that they were eager to help him in his darkest moment.

This classic comedy is about a generous small town man with the heart of a child named Longfellow Deeds. He inherits a vast fortune and moves to New York City. There he realizes he doesn’t need luxuries and decides to help hundreds of homeless families by providing them with fully equipped 10-acre farms at no cost.

This film is about junior high school student Trevor and his class assignment for changing the world in a positive way. He puts into action his concept of “paying forward” three good deeds to anyone in need of something. With each act of kindness that new person does another for three other people. Tevor's first deed is letting a homeless man live in his garage. He, in turn, repairs his mother's car. Soon these actions create a massive ripple affect touching the lives of many people beyond Trevor’s town.

This classic, screwball comedy is about successful Hollywood director John L. Sullivan who disguises himself as a hobo for research in producing his next film masterpiece. While experiencing real-life hardships he discovers a new compassion for the homeless and sets out to give them money. In the end he decides to produce films that will uplift audiences, make them laugh and fill them with hope and joy.

This Oscar winning short film takes place on Christmas Eve at a desert motel in the Southwestern United States and will really touch your heart. I discovered this film on the DVD for Christmas in Connecticut (1945) but you can watch it on Youtube: Click here

This award-winning short film is a comedy about a man who loves validating people and making their day brighter. You can see the full film on Youtube: Click here

So remember the uplifting power of kindness because they can transform your mood, the mood of the receiver and of anyone witnessing your act of kindness! It raises serotonin levels in the brain and body making everyone feel good, peaceful and even blissful. And if you need ideas remember to read about real-life examples or watch films with movie heroes demonstrating heartwarming acts of kindness. You may become someone’s unexpected hero with your random act of generosity and thoughtfulness!

Posted by Emmanuel Lopez - Motivatorman at 10:58 AM