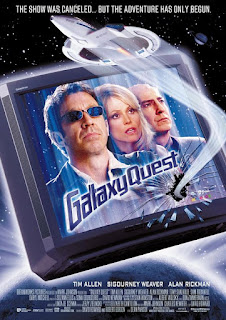 My energy and spirit always lights up whenever I discuss my passion for films with other people! I recently was thrilled to be interviewed on the show This Movie’s About You with Thom Ernst, former host of TVO’s Saturday Night at the Movies, and Louis Marrone. Their show’s theme is about ideal movie double bills and I talked about Groundhog Day and Pleasantville and how they each inspired me with laughter and escapism. I was also happy to share their inspirational value while dealing with long periods of depression. Listen to interview: This Movie’s About You 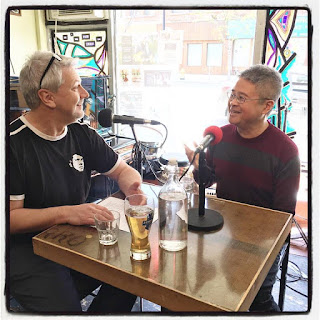 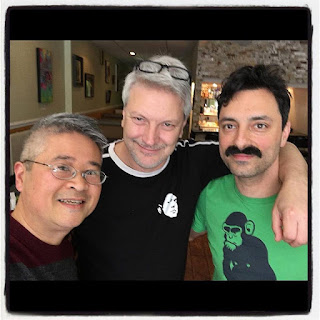 It was a joy talking about movies with Thom and Louis and as the interview progressed I could feel myself getting more hyper and you can hear it in my voice when you listen to the recording! This was an example and an important reminder of what I teach in my motivational talks in that when you engage in a passion it can elevate positive moods and thoughts. In cognitive behavioural therapy (CBT) this is also known as engaging in pleasurable activities. 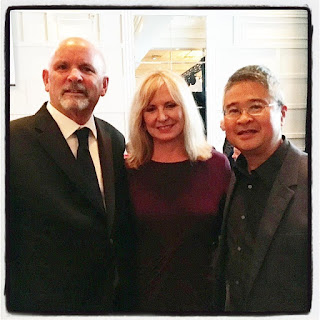 This positive emotional energy also got triggered recently at the Vaughan International Film Festival Awards where I enjoyed a delicious four-course dinner, tasty libations and being with good friends! The evening was celebrating movies and I got to meet wonderful filmmakers such as Tom McCarthy, Oscar-winning sound editor of Francis Ford Coppola's BRAM STOKER'S DRACULA and his wife Roxanne Jones McCarthy, assistant sound editor on the original STAR WARS movie! They were both so nice and down to earth. 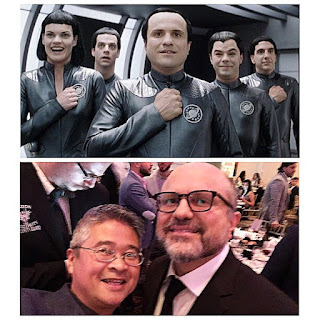 I was also very excited to meet Enrico Colantoni who played the hilarious Mathesar, leader of an alien race in the SCI FI comedy Galaxy Quest. I loved his character and told him he was one the best parts of the film! He was at this event to receive the Independent Leadership Award. And though he’s been in many movies and TV shows like Veronica Mars and Flashpoint his role in Galaxy Quest always helped re-energize me with laughter and joy. I still remember the first time seeing this film in New York City with close friends and laughing so hard at how silly and quirky Mathesar talked and laughed!

The science fiction action comedy film, Galaxy Quest, is about actors of a popular TV series called Galaxy Quest who are recruited by real aliens to help them against an alien warlord. This hilarious movie is filled with many funny performances by Tim Allen, Sigourney Weaver, Alan Rickman, Tony Shalhoub, Sam Rockwell, Daryl Mitchell and Enrico Colantoni. See: movie trailer 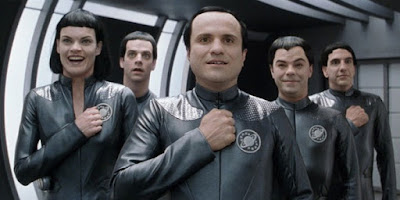 Enrico Colantoni's role as Mathesar is a brilliant combination of verbal and physical comedy while giving unexpected moments that will touch your heart. There is also some great action scenes and space battles that pay great homage to the original Star Trek show and its movies. In addition, this film is also an excellent inspirational tool for leadership, teamwork, believing in yourself and pushing forward from adversity.

Always remember the uplifting power of cinema when you are feeling down or stuck in your life, health or work. Whether you are laughing, receiving insights or epiphanies from the movie characters on screen you are getting re-energized in some meaningful way. Your negative mood and thoughts will be transformed. Watch an uplifting film today and let your positive emotional energy flow!


NEW INTERVIEW WITH EMMANUEL:
Listen to Emmanuel’s interview on the podcast show THIS MOVIE’S ABOUT YOU with Thom Ernst (former host of TVO’s Saturday Night at the Movies) and Louis Marrone. Emmanuel discusses his ideal double bill of GROUNDHOG DAY and PLEASANTVILLE and how they helped him cope with clinical depression. Click here

Posted by Emmanuel Lopez - Motivatorman at 10:49 AM