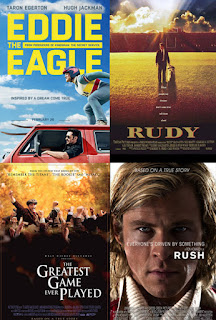 I was excited recently when 16-year-old swimmer Penny Oleksiak captured an historic 4th Olympic medal with a gold at the Rio 2016 Olympic Games, the most by a Canadian at a single Summer Olympics. I was also thrilled when champion swimmer Michael Phelps won 5 gold medals and 1 silver to end his incredible career!

For years I have highlighted Phelps in my motivational talks because of his use of creative visualization and mental imagery in his training. This is a powerful tool anyone can apply to their own goals and dreams at work and in life. Many other Olympic champions and athletes use this powerful method for achieving success. Here are a few…

“I never hit a shot, not even in practice, without having a very sharp in-focus picture of it in my head”.
Jack Nicklaus, world champion golfer

"I mentally simulate every conceivable situation for each throw."
Al Oerter, a four-time Olympic discus champion

“I would think about how I wanted to act. Like they teach in acting, "act as if ..." — it's the same thing in sports… Because 75 percent of the time when you're on the court, you're actually not hitting a ball. And I think that's where the champions come through. So I would visualize all these different possibilities.”
Billie Jean King, tennis champion

“To be a champion you must believe you are the best. If you’re not, pretend you are.”
Muhammad Ali, boxing champion called his technique “Future History”

“We taped a lot of famous pictures on the locker-room door: Bobby Orr, Potvin, Beliveau, all holding the Stanley Cup.  We’d stand back and look at them and envision ourselves doing it.  I really believe if you visualize yourself doing something, you can make that image come true . . . I must have rehearsed it 10,000 times."
Wayne Gretzky, hockey champion

“Every night I visualize myself winning the Olympics… I picture myself bombing the girl in the final and standing on top of the podium and watching the flag go up and feeling the gold medal go around my neck and hugging my coach. I visualize all of that every night.”
Kayla Harrison, Olympic judo champion, won gold at Rio 2016

“When I get there, I’ve already pictured what’s going to happen a million times so I don’t actually have to think about it.”
Missy Franklin, Olympic swimming champion, won gold at Rio 2016

“In saber fencing, points happen literally in split seconds, and tides can change and turn very, very quickly. So part of visualization is preparing yourself for every situation, so when it shows itself, you’re ready for it.”
Mariel Zagunis, Olympic fencing champion, won bronze at Rio 2016

Using this visualization tool is about applying vivid, highly detailed mental imagery and engaging all your senses in your mental rehearsal. The brain cannot tell the difference between imagined or real experiences. Research by Srinivasan Pillay, Harvard M.D. and author of "Your Brain and Business: The Neuroscience of Great Leaders” says, "We stimulate the same brain regions when we visualize an action as we do when we actually perform that same action." 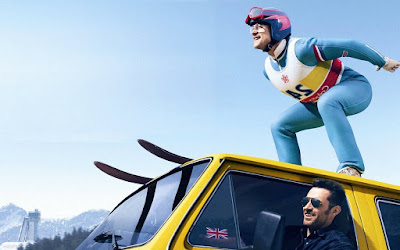 I believe movies have the power to jumpstart one’s ability to ignite imagination and, ironically, help you visualize the use of creative visualization. The movie heroes can demonstrate how they hold a vision of their goals and dreams through specific scenes of the film. Here are four of my favourites…

This biographical sports film is based on the early life of golf champion Francis Ouimet (Shia LaBeouf). There is a scene during a tournament where Ouimet visualizes where the ball will land before he takes his swing. The camera shows you were his imagination goes as you take on the ball’s perspective flying through the air and right into the golf hole!

In this biographical sports drama film centred on the rivalry between Formula 1 drivers James Hunt (Chris Hemsworth) and Niki Lauda (Daniel Brühl) you see how Hunt utilizes mental imagery. There is a scene where Hunt is seated and pretends he is racing as he holds his imaginary steering wheel and moves his invisible stick shift and foot pedals. You can see how focused he is, verbalizing details of his performance and utilizing all his senses as he moves his body like he’s in an actual racecar.

This biographical sports film is about Daniel "Rudy" Ruettiger (Sean Astin), who dreams of playing football at the University of Notre Dame. Despite years of obstacles Rudy continued to visualize himself as a football player to keep himself energized and feed his indestructible optimism. You see from childhood and throughout his journey that he would reenact a recording of a coach’s inspirational speech. He'd perform it with his whole body and full of positive emotional energy. This action would help fuel Rudy’s mental attitude with enthusiasm and unlimited drive towards his vision.

This biographical sports comedy-drama film is about Eddie "The Eagle" Edwards (Taron Egerton), a British skier who in 1988 became the first competitor to represent Great Britain in Olympic ski jumping. There is a funny yet relevant scene where coach Bronson Peary (Hugh Jackman) asks Eddie to visualize making love to a woman. He gets him to feel the sexual build up and release which was the attitude and body position needed for every jump Eddie would make. You later see this same ecstatic look on his Olympic performance.

Let these cinematic examples inspire you to start tapping into your imagination and train yourself to enhance your mental skills and achieve your goals and dreams. This tool can affect your mind in several ways as researcher and resilience coach, Angie LeVan, wrote in Psychology Today. She says, “Mental imagery impacts many cognitive processes in the brain: motor control, attention, perception, planning, and memory.”

Be excited to see athletes accomplish fantastic achievements! Be thrilled by movie heroes that overcome overwhelming challenges. Let their use of creative visualization and mental imagery inspire you to apply this tool in achieving your own goals. All you need is to activate your imagination and be willing to train yourself over a period of time. Your results of success will then inspire others around you!

Recommended articles:
• Seeing Is Believing: The Power of Visualization on Psychology Today
• Sports Visualization: The Secret Weapon of Athletes
• How Olympians Use Mental Imagery To Improve Success
• The Brain-Training Secrets Of Olympic Athletes
• EJ Trainer Rob Tubajon – Visualizing your way to Success
• Olympians Use Imagery as Mental Training
• Here's The Trick Olympic Athletes Use To Achieve Their Goals


ON SALE NOW:
Top Inspiring Women in the Movies:
15 Films for Leadership at Work & in Life
The latest eBook by Emmanuel Lopez: Click here

Posted by Emmanuel Lopez - Motivatorman at 10:05 AM