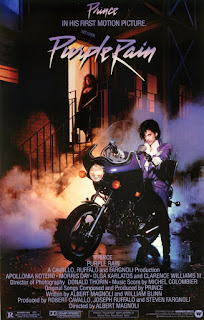 On April 21, 2016 I was so shocked and saddened by the unexpected passing of musical legend Prince. I loved his inventive vision and bold directions in music and fashion for over three decades. Amazingly he never seemed to age over the years! When his Purple Rain movie and album came out in 1984 it really inspired my creative, colourful art experimentation during my years at the Ontario College of Art (now OCADU).

During that time Prince’s costumes with it’s floral and paisley fashions inspired me to use similar patterns in my art collages and soon in my commercial illustration work. Prince's influence led me to a very successful 20+ years as an illustrator and owning my own business! Here's his portrait I did in art college for an illustration project to create a cover for Time magazine. Below that is an collage example of an unreleased portfolio series. 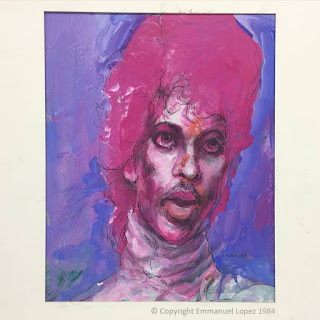 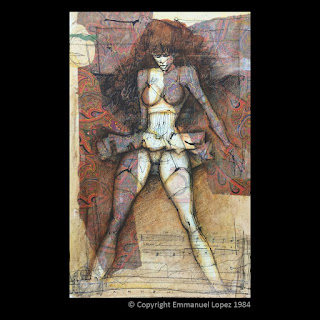 The rock musical drama, Purple Rain, is about a Minneapolis musician, the Kid (Prince), on the rise with his band as he deals with a troubled home life, abusive father as well as a rival band and love interest. This film and its colourful nightclub world and outstanding musical performances launched Prince into the global spotlight and have become a big part of pop culture history. See: movie trailer

I loved every performance and choreography and all the fantastic songs in the movie like Let’s Go Crazy, Computer Blue, Darling Nikki and When Doves Cry. The movie and the soundtrack became part of a memorable summertime and it also won numerous awards including an Oscar for Best Original Song Score. I also got to see Prince's stunning live Purple Rain show and stood right in front of the stage just a few feet away from him! There was just this electricity and excitement about the songs, the film and live concert that helped me inject so much creative juice into my art at the time! 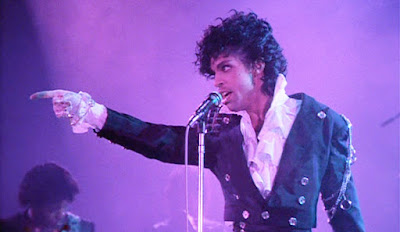 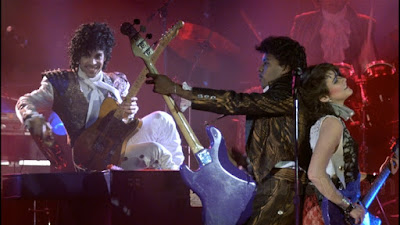 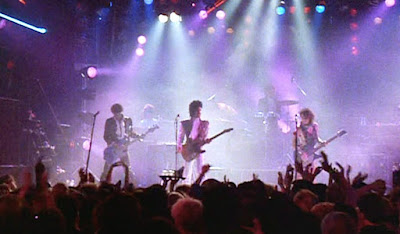 I also remember so vividly hearing When Doves Cry playing on the radio for the first time as I was driving to work as a caricature artist at Canada’s Wonderland. I was with my girlfriend and it was a breezy sunny clear summer day. We were riveted to the song which had such a unique, pounding sound. Years later I would learn that Prince had removed the bass guitar part which was very unusual for an 80’s dance song. This was just part of Prince’s inventive genius that inspired my own creative spirit for many years. I will always be grateful for his courage in following his own path and for leaving the world so many musical legacies.

Are there creative people that influenced your path or career in life? Did Prince or Purple Rain inspire you in some way over the years? Or do you have favourite movies that have inspired your creativity growing up like art, music, writing or performing? Films can be filled with exciting images, sounds, characters, music and songs. Let these cinematic elements move your heart and mind to create amazing directions in your life and work today!

Posted by Emmanuel Lopez - Motivatorman at 10:40 AM