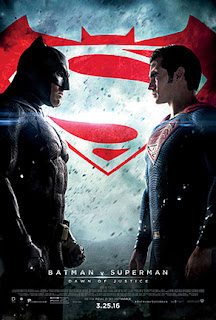 I grew up loving superhero comic books from both Marvel and DC. So it is an exciting time as an adult to have witnessed the flourishing Marvel Cinematic Universe and DC Extended Universe. These are the official terms for the two brands offering movies and TV shows based on their superhero titles.

As of this writing I have seen and enjoyed all of the Marvel film series beginning with Iron Man and leading up to The Avengers: Age of Ultron. I’ve also enjoyed 20th Century Fox’s X-Men series and the other character films they own (except the 2015 reboot of Fantastic Four!). I really liked some of the Spider-Man films and reboots as well. On TV I’ve been blown away by the two seasons of Daredevil Netflix that are a much darker, violent tone then the films. 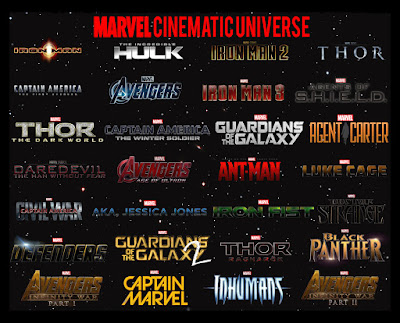 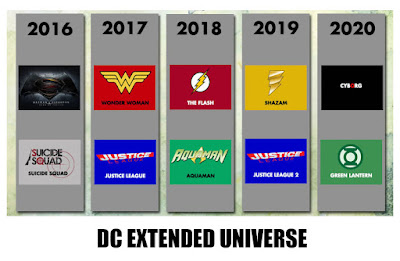 From the DC TV shows, I’ve been enjoying The Flash and Supergirl (see tip#912) especially because of they exude so much fun, joy and exciting superhero action scenes. On the other hand the DC movies are much more darker in tone which started with the Warner Bros. Dark Knight Trilogy (which I enjoyed). However with the Superman reboot, Man of Steel in 2013, DC characters went even darker. Gone was the joy and wonder I loved from 1978’s Superman movie (see tip#257).

And now Batman v Superman: Dawn of Justice has been released and I have extremely positive and negative feelings about this film. And I’m not alone as all you have to do is check out the mixed and harsh reviews online. At first I wasn’t sure if I was going to feature the film on my blog as a motivational resource so I will just add to the online reviews and discussions for you to decide what you think.

The superhero action drama, Batman v Superman: Dawn of Justice, is the startup film leading to the team up of DC comics superheroes for the Justice League movie series. Among a number of plot lines this film debates the pros and cons of having vigilantes like Batman (Ben Affleck) and Superman (Henry Cavill) running loose on Earth. See: movie trailer 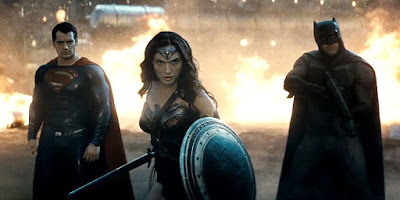 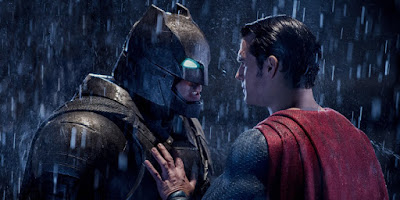 There are so many pros and cons to this film that I will focus on a few. First there are many amazing, visually stunning moments featuring Superman and/or Batman in action. The biggest highlight for me was seeing Wonder Woman (Gal Gadot) who had a fantastic presence anytime she was on screen. And then there is a thrilling cameo of The Flash that sets up the Justice League movies. This scene got me very excited about the upcoming films!

Unfortunately, the story didn’t make me care about the characters so I wasn’t emotionally invested. And I really wanted to care because Batman and Superman are characters I loved growing up. The film is also poorly edited, scripted and overly dark in mood for me that I can only recommend that you watch it and decide for yourself.

In the end, this is a necessary, must-see movie because it's like a long trailer for the new DC movie series to compete with the Marvel Cinematic Universe series. The film sets up the cinematic world for Batman, Superman, Wonder Woman, The Flash, Aquaman, Cyborg and more superhero characters.

So whether you are a Marvel or DC comics fan or fan of both we are all in for a lifetime filled with superhero movies! You get your choice, either on TV or on the big screen, for light and fun stories or dark, brooding ones. As long as you are entertained and you get something meaningful from them then that’s all that matters. Everyone will have favourites. Which ones are yours?

ON SALE NOW:
Top Inspiring Women in the Movies:
15 Films for Leadership at Work & in Life
A New eBook by Emmanuel Lopez: Click here

Posted by Emmanuel Lopez - Motivatorman at 10:56 AM

hmmm gosh, this has deflated my excitement a bit. but i do still plan to watch the movie.

Candice, definitely check out BvS anyways and see for yourself. This was a difficult blog post to write about this movie!