Tip#915: The Power of Believing - Star Wars: The Force Awakens 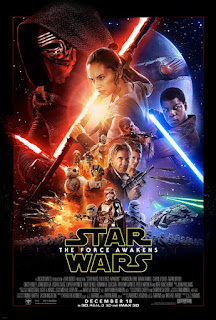 Throughout my challenges of the past 15 years I’ve learned that the act of “believing” is a high factor in achieving goals, tasks and just getting through seemingly impossible situations. When the first Star Wars film came out in 1977 I was in high school and it fired up my imagination like no other movie before it. The movie heroes inspired me to believe in myself and believe I was capable of anything I wanted to do! It inspired me to develop my artistic abilities and began doing commercial illustration work as a teen.

I also resonated with the term The Force and the mystical idea behind it. I just liked the idea of an invisible energy that helped Luke Skywalker defeat the enemy just by clearing his mind, focusing and believing in The Force and in himself. However I also remember how Han Solo didn’t believe in it saying...

“I've flown from one side of this galaxy to the other, and I've seen a lot of strange stuff, but I've never seen anything to make me believe that there's one all-powerful Force controlling everything. 'Cause no mystical energy field controls my destiny. It's all a lot of simple tricks and nonsense.”

Solo wasn't a believer at first but throughout the original trilogy he soon became one. And there is so much I loved about the seventh chapter of Star Wars: The Force Awakens. Solo not only expresses that he believed The Force and the Jedi were all true, he now handed that belief over to the next generation of young heroes!

The science fiction, adventure film, Star Wars: The Force Awakens, is the seventh installment of the main Star Wars film series and takes place 30 years after the events of Star Wars: Return of the Jedi. This is a fantastic, thrilling chapter that captures some of the magic and wonder of the first 1977 film thanks to co-writer and director J.J. Abrams vision, new heroes Rey (Daisy Ridley), Finn (John Boyega) and the return of Han Solo (Harrison Ford), General Leia Organa (Carrie Fisher) and Luke Skywalker (Mark Hamill). See: movie teaser
See: movie trailer 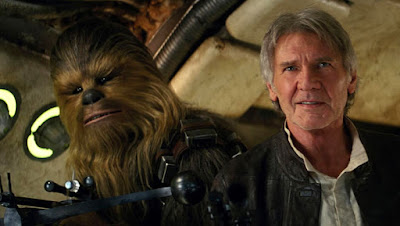 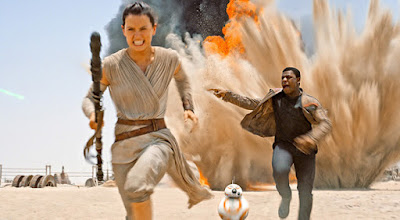 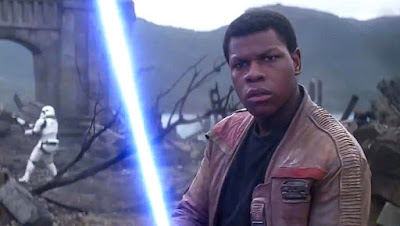 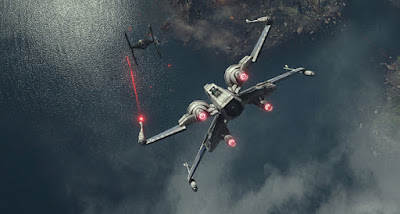 As I write this it's a day after my first screening of this film and I am still in awe. Nostalgic feelings overflowed when I saw iconic images, space ships and characters I grew up loving. The magnificent music of composer John Williams, both old and new themes, just moved me deeply! And I absolutely loved that the new central heroes were female and the other black.

Inspiring messages also came through that I resonated with on the theme of believing. There is a scene where Rey and Finn are desperate to escape the villains in the Millennium Falcon, Rey is in the pilot’s chair and Finn in the gun turret. They then each say out loud, “I can do this!”. That repetition was a reminder that no matter how overwhelming a challenge or problem seems I must always believe in myself and trust in the power of believing.

Movie heroes can help you believe in yourself and in whatever you need to accomplish. They can also remind you to believe in a guiding force bigger then yourself! Believing gives you the energy, focus and confidence to face your problems head on. Be inspired by films you loved growing up and be open to all the exciting new movies that will come into your life to empower you!

Related Tips:
Tip#758: Movies that Changed My Life - Star Wars Episode IV: A New Hope
Tip#609: Believe in Yourself - ParaNorman
Tip#911: Believe in Miracles - Miracle on 34th Street
Tip#696: Find People Who Believe What You Believe – The Way Way Back

GET EMMANUEL’S NEW eBOOK,
MOVIE MESSAGES of HOPE for THE HOLIDAYS:
15 Films for Overcoming Depression & Difficult Times
Only $2.99 exclusively at: www.motivatorman.com

Remember How Movies Can Help You:
A) Entertain & Escape
B) Re-energize & Release
C) Inspiration, Insights & Epiphanies

Posted by Emmanuel Lopez - Motivatorman at 7:30 AM