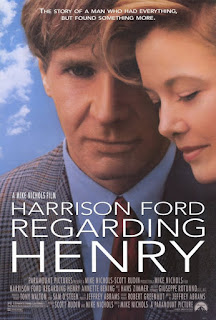 My mom has been in town so lots of childhood memories have been brought up and discussed amongst my family. There was even a day when we ended up driving through the neighborhoods of two homes I grew up in from age 8 to end of my teen years. It was amazing to see old stores and favourite places to eat in the area that are still there but renamed or renovated!

This trip also felt synchronistic because the recent program I completed called Cognitive Behavioral Therapy (CBT) involved reviewing our childhoods to identify the negative and positive core beliefs responsible for our current state of mental health (see tip#855 & #863). So it was very surreal actually seeing places I just wrote about in my review of my childhood!

These experiences inspired me to watch two favourite films from the early 90’s I hadn’t seen in awhile that had an amazing connection. The films were written by a very young J.J. Abrams who has become a superstar director and producer. He is currently directing the latest Star Wars chapter, The Force Awakens with the original cast Mark Hamill, Carrie Fisher and Harrison Ford.

The drama film, Regarding Henry, is about how a ruthless lawyer named Henry Turner (Harrison Ford) struggling to regain his memory, speech and mobility after surviving a shooting. This highly entertaining movie features a fantastic performance by Ford as he is transformed into childlike man having to learn the basics of living again. Henry also learns new, loving values that bring him closer to his wife and daughter. See: movie trailer 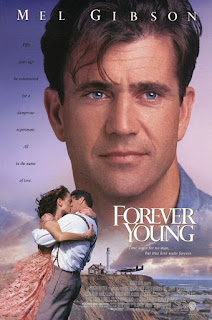 The romantic drama with science fiction elements, Forever Young, is about a 1939 test pilot named Captain Daniel McCormick (Mel Gibson) who agrees to be put into suspended animation/frozen for one year to deal with grief of his girlfriend Helen (Isabel Glasser) who is in a coma. Daniel ends up waking up 53 years later. With beautiful music by Jerry Goldsmith this movie shows undying love and the love and support of friendship. This also stars a very young Elijah Wood as Nat. See: movie trailer

J. J. Abrams has helped revitalize the Mission Impossible movie series, the Star Trek franchise and now the Star Wars series. At the same time he had already written two favourite films that came out during happy times in the early 90’s and continue to inspire me today!

Revisiting old places you grew up with and movies you loved over the years can trigger nostalgic, feel good memories about family. Rediscover happy times from your past and get re-energized today.

Posted by Emmanuel Lopez - Motivatorman at 9:16 AM