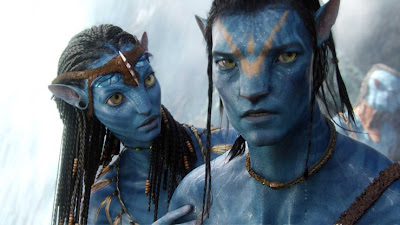 On January 22, 2010 there were 2 big fundraisers for the Haiti disaster that hit 2 weeks ago. One was the "Hope for Haiti Now" global benefit in the US with it's star-studded, live performances. It was the most widely distributed telethon in history. The other was Canada’s own event, the "Canada For Haiti" fundraiser here in my town of Toronto.

What was inspiring about the Canadian telecast is that it is the first time I've seen 3 different, competing networks come together with well-known hosts from each station: Cheryl Hickey (Global Television), Ben Mulroney (CTV) and George Stroumboulopoulos (CBC Television). Seeing them together reminded me that it is possible to break down invisible, competitive barriers between us.

The catastrophe in Haiti quickly captured the attention of the world. People opened their hearts in a way that inspires hope for us as a human species. It is demonstrating the deeper message of spiritual beliefs like Buddhism, Native Americans and motivational speakers around the world that remind us of our innate connectedness.

recently won best picture at the Golden Globe Awards and director James Cameron gave an acceptance speech that addressed the most important aspect of the movie. He said he hoped that the award would bring attention to the message of the film’s alien culture of the Na'vi and their innate connectedness to one another and to the wild life and environment of their entire world.

It's a positive message that permeates the dazzling visual effects and has the capability to educate and motivate a new way of thinking. It can help expand a mindset to believe that we are not separate despite invisible barriers we may perceive are between people.

That's why the silver lining of disasters like Haiti, New Orleans and 9/11 is that they remind us we can come together for support on profound levels. We have the ability to put aside our daily routines and issues in the spirit of simply helping a neighbour in distress.

So let these global situations remind you that you are not alone in whatever challenges you face. Be aware that there is the spirit of community that already exists and that helpful souls are already around you. Be a part of this positive flow of energy whenever you can by giving whatever you're able to someone you encounter that needs help.

Do whatever you can whether it's for someone in need on the other side of the planet or in your own neighbourhood. Your thoughtful actions are what keeps our connectedness alive!

Read another inspiring blog post on how Avatar inspires connectedness with nature by Marie-Josée Salva, Founder of Smarts and Stamina. See: Nature, Spirituality and the Future

Posted by Emmanuel Lopez - Motivatorman at 10:23 AM

This is one of your greatest blogs. Good work man. I like your consistency.

Very thoughtful post, Emmanuel! Thank you for prompting this reflection - it's indeed a very important one (and beautifully written, too!). I hope a lot of people have heard James Cameron as he accepted his Golden Globe, and that they will act on his message (and yours!).

On another note, I love how you use movies to discuss other important issues. It's a great way to be productive while having fun!

Thank you Patrick and Marie-Josee for your positive feedback! So glad you are enjoying how I use movies to motivate and educate!