Tip#291: Persevere and Find Your Hidden Strengths – The Lord of the Rings Trilogy 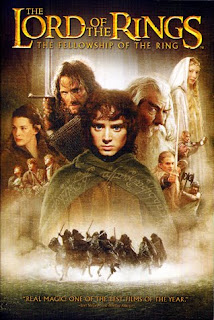 The Toronto International Film Festival has just ended for 2009 and I was sick in bed the entire week. And though you might think it was a slow period I was actually very active researching a stronger business model and fine-tuning my business identity.

At least I was able to watch live TV coverage of the movie stars being interviewed here in Toronto. I saw Drew Barrymore talk about her directorial debut of her movie Whip It. It was inspiring to hear her say she'd been looking for a movie she was passionate about to direct for 10 years. She said it was worth the wait saying, "Slow and steady wins the race."

Thankfully I had a friend and colleague who invited me to one film festival film on the last day. I was able to pull myself out for what turned out to be an exciting gala opening at the Winter Garden Theatre. Fans outside were screaming for the East Indian stars coming in and later the cast and crew were on stage to present the movie.

The film was called Road, Movie and is indeed a road movie set in India. It's a story about a young man named Vishnu (Abhay Deol) on a journey to drive his uncle's fanciful truck that is an old traveling movie theatre. Along the way he not only meets supportive characters he also finds his inner strengths.

The Lord Of The Rings Trilogy

I was later reminded of The Lord Of The Rings movies

and how Frodo Baggins (Elijah Woods) had a goal to deliver a magic ring to a far off destination. Along the way he too meets supportive characters that help him on his quest that stretches into a long, perilous adventure.

By the end of the trilogy Frodo demonstrates courage, resilience and leadership qualities. Much like Vishnu in Road, Movie they both face nasty people, struggle through desolate lands and periods of having no food or water. Whatever happened they persevered.

All these parallels made me think about my own journey of my career transition and how long it has been in stabilizing my finances. Drew Barrymore's message ended up being extremely meaningful, timely and inspiring...

"Slow and steady wins the race."

So if you are on a journey yourself that seems to stretching out much longer than you ever imagined remember to persevere. Remember all of your movie heroes who found their inner courage, resilience and leadership skills along their own struggles.

Learn to be the leader and hero of your own life story in order to face the challenges that block your path. That's what movie heroes are there for. They are there to mirror your hidden strengths and abilities!

Posted by Emmanuel Lopez - Motivatorman at 9:48 AM

Thank you for the encouragement, Emmanuel!

(Funny, it's been rainy all day but the sun just came out as I started this reply!)

Some major shifting is happening in my life, too, and so your post is timely.

I love this wisdom: "Learn to be the leader and hero of your own life story in order to face the challenges that block your path."