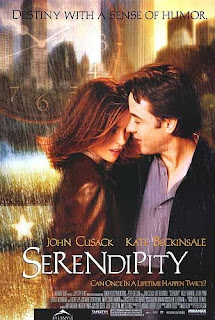 Synchronistic events are meaningful coincidences that can lead you to your goals and dreams. They can also confirm that you are on the right path.

It's been just over a week since my return home to Toronto from my month long vacation in Las Vegas. And every day since then I've continued to listen to specific chapters in the audio book, Think and Grow Rich: The 21st-Century Updated Edition

by Napoleon Hill. It's been helping me make a new year's goal to simplify and declutter my life.

During this week there have been some rapid, synchronistic events occurring to confirm that my goals were totally on track for 2009. For example, the day after I posted the blog entry on Laurence of Arabia (see tip#220) I experienced 3 amazing synchronicities.

It started when my "money guru" friend came by my office and was compelled to show me a short online video he had seen by Bob Proctor. Proctor appeared in the movie The Secret and we had both seen him speak live 2 years ago (See tip#56).

AND the specific chapters I'd been listening to over and over again. I felt my face go flush and tingles up my spine!

Proctor then specifically mentioned Laurence of Arabia as a movie that motivated him and that I just happened to write about the day before! The 3rd is what floored me. Proctor was compelled to create the video I was watching after flying back from Las Vegas to Toronto where he also lived.

Time stood still for me. I was filled with positive emotions! I felt these were 3 meaningful coincidences confirming all my decisions to simplify and declutter my life and work for the new year!

There are many movies with synchronistic scenes that confirm the hero's choices they've had to make. One that comes to mind is with John Cusack’s character Jonathan Trager in the romantic comedy, Serendipity.

In the film Jonathan becomes relentless in following synchronicities to find his lost love. Finally exhausted and feeling he is at the end of his journey a final meaningful coincidence literally falls into his lap. I won't reveal anymore if you haven't seen this powerful scene, just know that it confirms that Jonathan had been on the right path all along.

“Yet even in certain defeat, the courageous Trager secretly clung to the belief that life is not merely a series of meaningless accidents or coincidences. But rather, its a tapestry of events that culminate in an exquisite, sublime plan.”

So if you are feeling unsure of your path just believe in synchronicities that can fall magically into your lap. Believe that the universe will send you meaningful coincidences to help you feel more confident in your decisions. You will know when these meaningful signs arrive. They will fill you with a positive emotion that lifts you up and re-energizes your spirit!

Posted by Emmanuel Lopez - Motivatorman at 9:04 AM

I'm enjoying your blog, and like how you make movies part of your life. I will have to look up Lawrence of Arabia.

If this blog has helped you please donate and support this blog!