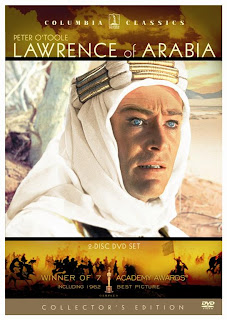 In order to move forward with your goals you must let go of something in order to make room.

A very synchronistic thing happened when I came back to my office after my Las Vegas holiday adventure. I noticed that the wall clock I've had since I started my business had stopped. I looked to check the battery and it had completely corroded.

As mentioned in tip#217 I got a new watch for Christmas which I felt was magical in guiding me into exciting business growth in 2009. So it seemed very "timely" that this old clock that had been with me for over 20 years needed to go. So with great reluctance I knew I had to throw the clock out.

Since then I was compelled to eliminate other time-wasting activities such as email clutter. I let go of many online subscriptions to events, newsletters and group forums. I knew I had to strip down and simplify my day to make time for my 2009 goals.

There are many movies that are great examples of people needing to let go of something in order to move forward. One that comes to mind is a powerful moment in the movie Lawrence of Arabia.

There is a scene where Lawrence, played by Peter O'Toole, must cross a deadly hot desert during the night with a group of men on camels.

Unfortunately during the night one of the riders dozes off and falls off his camel. Despite being alone he continues on foot. And because of the intense heat of the day his survival depended on stripping off his weapons and layers of clothing that weighed him down. In the end this courageous act of letting go saved his life.

What Are You Letting Go Of?

So what are you letting go of in order to move forward into a prosperous new year? What are you being called upon to release in order to make room for something new in your life or career?

It takes courage to let go of something you've had for a long time. So if you know there is something that must be removed from your life treat it like a bandage and quickly yank it off. It may sting at first but you'll feel great afterwards!

Posted by Emmanuel Lopez - Motivatorman at 10:25 AM

Thanks for the advice i have begun my cleaning and sorting too. Its hard to part with stuff you think you could fix or use in future. I am getting the same feeling of feeling free when i let go some of the junk.