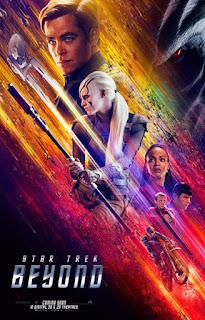 Kirk: "We got no ship, no crew, how're we going to get out of this one?"
Spock: "We will find hope in the impossible."

The original 1966 Star Trek series was the first TV show to ignite my imagination and inspire my vision for an exciting future! It also showed me what teamwork looked like. I had already moved to Canada from the Philippines as young child and was watching reruns of a show that showed me diversity in a workplace representing Blacks, Asians, Russians, women as equals and alien species. And most importantly I got to see them work together solving problems in each episode!

In the first two reboot Star Trek films of 2009 and 2013 I always felt they were missing the core spirit of the original series (and the four other TV series that followed). I’m very happy to say that on the show’s 50th anniversary, the latest film, Star Trek Beyond, delivers more of the wonder, fun and team spirit I know and loved! 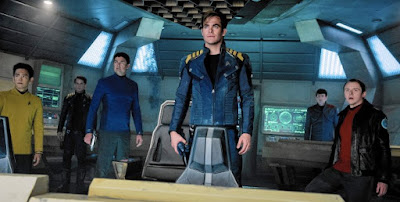 This is in thanks to the vision of director Justin Lin and co-writers Doug Jung and Simon Pegg (who also plays Scotty). They are all fans of the original show so their love and passion is felt throughout the film. They also continue the vision of original show creator Gene Roddenberry for diversity and inclusion with the reveal of a gay character. Crewmember Sulu, played by John Cho, is shown briefly with his daughter and partner (a cameo played by Jung).

Along with some touching emotional moments and exciting special effects I was inspired to see the team spirit and teamwork among these iconic characters. They demonstrated, once again, how effective cooperation was over conflict with one another. 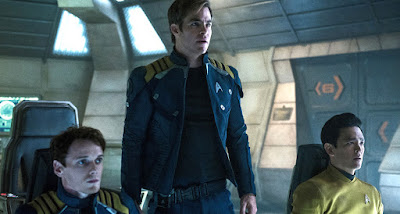 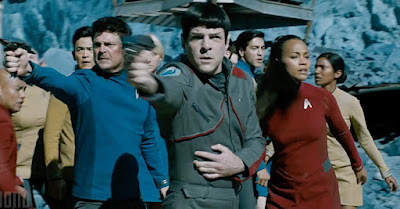 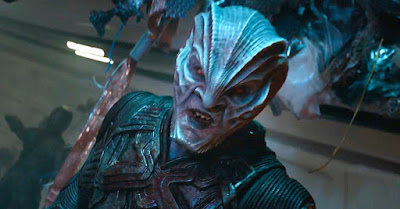 The loss of their ship is devastating and yet each person demonstrates perseverance, resilience and indestructible optimism. These factors then lead them to creative thinking and resourcefulness as they address each problem one at a time on the alien world they are stranded on.

The main crewmembers each demonstrate how their individual talents and skills are quickly applied to the problem solving discussions. This is especially evident in the third act where the action and challenges escalate to thrilling cinematic levels. The lessons in Star Trek Beyond of leadership, teamwork and diversity all exude the spirit of what has made Star Trek special and inspirational for 50 years!

Original show creator Gene Roddenberry also envisioned our future as one where we lived in the spirit of cooperation and not conflict with one another. This belief is especially highlighted in this film between Krall and Kirk. Krall argues that unity is not humanity’s strength but a weakness and Kirk responses that it is the opposite. In the end it is the film’s message to reaffirm that surviving and overcoming seemingly hopeless situations are always achieved through unity, cooperation, camaraderie and a resilient, optimistic group vision!

I highly recommend finding inspiration in films you enjoy that demonstrate effective teamwork and problem solving. Let the characters you resonate with mirror your inner strengths to be part of a team capable of achieving goals and tasks no matter how difficult they appear. Movies can excite you to see a positive future for you and the people you work with. Start creating that future today!

Posted by Emmanuel Lopez - Motivatorman at 10:12 AM