Tip#973: How a Movie That Was Never Made Can Inspire! - Superman: Flyby 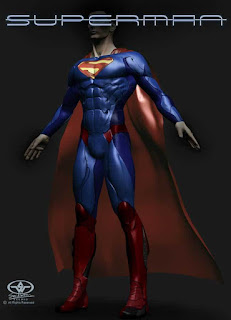 This is going to be an unusual post because it is about a movie that was never made but has a concept that moved me deeply. I am inspired to write about it because of the same positive emotional energy I've been feeling from my recent birthday celebrations and the hundreds of birthday wishes I received on Facebook and Linkedin. This positive energy is what I talk about in my popular speaker topic, How to Re-Energize Yourself and is about being more conscious of what activities, passions or movies lift you up and fuel your drive when you feel stuck or lost.

The irony is this inspiring movie I want to share with you was never made but the writer/director's brief comments about his approach to a classic superhero excited me so much that I wished it was made instead of the version that was released! The writer/director was J.J. Abrams and his script was for a 2004 reboot of Superman called Superman: Flyby. Here is what he said in Empire Magazine...

“The thing that I tried to emphasize in the story was that if the Kents found this boy, Kal-El, who had the power that he did, he would have most likely killed them both in short order. And the idea that these parents would see – if they were lucky to survive long enough – that they had to immediately begin teaching this kid to limit himself and to not be so fast, not be so strong, not be so powerful.

“The result of that, psychologically, would be fear of oneself, self-doubt and being ashamed of what you were capable of. Extrapolating that to adulthood became a fascinating psychological profile of someone who was not pretending to be Clark Kent, but who was Clark Kent. Who had become that kind of a character who is not able or willing to accept who he was and what his destiny was.

“The idea in the movie was that he became Superman because he realized he had to finally own his strength and what he’d always been.”

Isn't that inspiring? I wrote in the previous post (tip#972) that Spider-Man 2 is the greatest self-help superhero movie. And yet if Abrams had made the film he describes here that might have changed my opinion! The concept he describes is so powerful it could've been a film that many would relate to. It would have many life lessons to help people overcome their own self-doubt, self-confidence and self-worth issues. It would have been a fantastic teaching tool for kids and adults to embrace their inner strengths, gifts and talents! 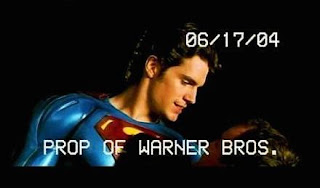 This photo shows actor Henry Cavill auditioning for Superman: Flyby in 2004. He eventually went on to star in Man of Steel (2013)

In the end the concept of this Superman movie excited me so much that I could feel my positive emotional energy flowing! That positive energy is fuel that could then be applied to my work, my relationships or other areas of my life. I ended up applying that energy to write this blog so you can receive some inspiration or motivation!

So let this remind you to be conscious of what excites or energizes you so you know what resources to engage in when you are feeling stuck or lost. And if a movie or any idea inspires you then let that energy flow and grow! It will re-vitalize your enthusiasm to move forward and unleash your inner strengths!

Posted by Emmanuel Lopez - Motivatorman at 10:00 AM

Hi.. interesting post. I often contemplate the human trait of self-loathing. How much of human behavior/interaction is driven by self-loathing. I think your thesis here is very much aligned with my reflections.

People need to rid themselves (as best they can) of any self-loathing in order to maximize their life experience.