Tip#682: What if You Could Go Back in Time? - Back to the Future Trilogy 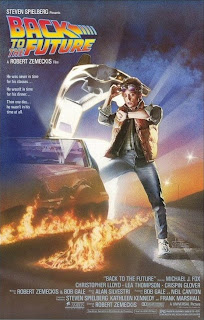 “Your future hasn't been written yet. No one's has. Your future is whatever you make it. So make it a good one!” Back to the Future Part 3

Jack Canfield is the co-creator of the Chicken Soup for the Soul series and I recently saw a video clip online of him saying how powerful EFT Therapy is. EFT stands for Emotional Freedom Technique and involves a series of tapping on meridian points of the face and upper body to release blocked energy and stored traumas. I had actually had an EFT session years ago but was feeling drawn to it again.

As I wrote in the previous tip I had experienced an epiphany about blocked areas of my life (see tip#681) and it is thanks to an EFT session I had with Certified EFT Practitioner Sue Burness. She helped me remember a focal point when I was 12 years old that created a limiting belief that got buried into my subconscious. It was an emotional realization that this old belief could be the cause of my “Groundhog Day loops”. It later excited me to think that this was like time traveling to my past self and helping him transform into something greater. I was then compelled to watch the Back to the Future trilogy back to back.

The science fiction comedy, Back to the Future, is about teenager Marty McFly (Michael J. Fox) who time travels from 1985 to 1955 with the help of Doc Brown (Christopher Lloyd) and a super-powered DeLorean. He ends up meeting his father George McFly (Crispin Glover) who is in his teens and helps transform his fear into courage. This change in history then transforms Marty’s present timeline where his father is a more confident man, husband, father and successful author. 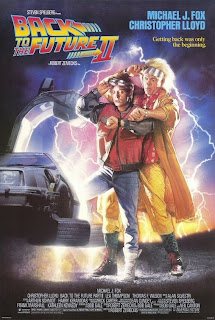 The film, Back to the Future Part 2, follows the adventures of Marty McFly and Doc Brown where they time travel from 1985 to 2015 to prevent Marty’s future son from getting into serious trouble. Timelines get altered and when Marty and Doc return to 1985 it is a dark world where the villain from the first film Biff Tannen (Thomas F. Wilson) is now powerful and wealthy. It is up to Marty and Doc to return to 1955 at the focal point where time was altered and repair the damage. Along the way Marty witnesses his past self from the first film which is amazing to see from a different perspective! 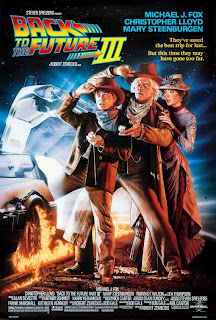 The film, Back to the Future Part 3, concludes the adventures of Marty McFly and Doc Brown who have time traveled to the old west of 1885 in order to save Doc who was sent there accidentally in the previous chapter. In that time period Marty meets his great-great-grandparents and Biff’s great-grandfather, Buford “Mad Dog” Tannen. Through Marty’s encounter with Buford he is able to overcome his issue of blindly fighting when someone calls him a coward.

Seeing this trilogy back to back was nostalgic and brought back happy memories of when I first saw these films in the theatres. I was also inspired to believe that I could, in a sense, go back in time and transform issues that stem from a focal point in my younger years. So it doesn’t matter if these are just fictional movies. All I know is that they made me feel good and helped me believe I have a positive future to look forward to!

If you can go back in time what would you say to your younger self? What would you change about your past self if you could? Please share your comments in comments section below!

NOTE: The purpose of this blog is to document my life journey and share the movies that have inspired me to persevere through difficult times. I also share personal growth resources I have discovered along the way and are meant to be options you can explore for your own personal growth if you are inspired to do so.

Posted by Emmanuel Lopez - Motivatorman at 10:37 AM

You have motivated me to go and rent the back to the Future movies and the Time Traveller's Wife!