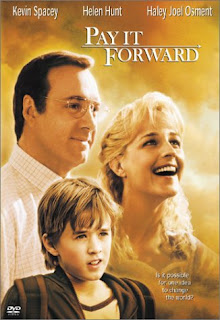 Committing random acts of kindness could be the most challenging AND rewarding actions one could take. What you receive in return could be ten fold.

Something strange and amazing happened last Sunday. I was in line with a friend at a Starbucks when a young woman came up to me and asked if I wanted her Caramel Macchiato coffee. I was a little stunned because the offer was so out of the ordinary and unexpected. After some time chatting about this unusual offer I graciously accepted it and she just left with a nice smile.

My friend and I were both in awe as well as another person in line that witnessed what happened. We were all a little excited about it all. At the same time this situation was so highly synchronistic that I thought maybe I was being set up by another friend hiding nearby!

You see this other friend was launching a new socially conscious website called Daily Challenge.org and its all about committing random acts of kindness. I was almost convinced he sent that woman to give me her coffee because it was a Daily Challenge thing to do. I later emailed my friend about what happened and he said he had nothing to do with that amazing incident.

I believe that the unexpected coffee gift planted a seed of awareness for me to do something nice for another stranger. So yesterday morning I was doing my groceries and at the check out I noticed the person behind me was just buying a large carton of milk. So I asked him if that was all he was buying and then I turned to the cashier and told her to put his milk on my tab.

Both he and the cashier were stunned. He was then very appreciative and said this is something you don't see everyday. He said he was speechless and I just said that he could pay this forward and he said he would with a big smile and left. And when I was leaving the cashier gave me a big bright smile as well.

I felt fantastic! I could see we were all positively affected and feeling energized. 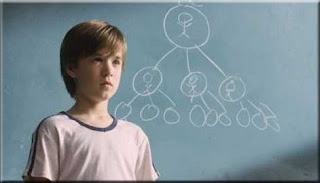 The movie, Pay It Forward

is all about giving. Committing random acts of kindness can have a cascade effect on everyone around the action taken. The film stars Haley Joel Osment as a schoolboy who has a class assignment to come up with an idea that can change the world and be put into action.

He comes up with an idea of instead of "paying back" someone is to "pay forward" a good deed to 3 individuals. And those 3 individuals will then do 3 goods deeds for others and so on and so on. Soon the concept becomes viral around the country.

So take this daily challenge today. Do a random act of kindness for someone. Hold a door open for not just one person but for the next 3 people. If you are in line at a coffee shop buy someone a free coffee who is in line with you. Or if you see the person behind you in the check out of a convenience store and is buying something you can afford offer to buy it for them!

The feeling you will feel will be extraordinary. You will make them feel good, others witnessing will be amazed and you will be brimming with positive emotional energy! That positive energy can change the world.

Posted by Emmanuel Lopez - Motivatorman at 8:19 AM

Thanks Motivational man you made my day!I feel rejuvinated and my positivity has just been renewed.
I am thinking of ways to show my kindness to others.

Have a great day.
Aklima

Hey Emannuel,
I don't know if it's becoming a popular thing to do, but last week a young lady has bought me a coffee too.
:) I was surprised finding the answer in your article tonight :)

It is amazing to see how viral random acts of kindness can be.

We are inundated everyday with bad news from the media and have almost forgotten that people can do good things to and for one another as well.

I am sure you must of made the day of the person behind you at the cash register and probably been the catalyst for a few very interesting conversations.

I know I have personally shared you story with 4 people already.

I love the "Pay It Forward" effect. I truly believe it. What goes around comes around and it makes you feel good too as you with the coffee and then you paying for someone's milk. These acts of kindness make one feel out of this world.