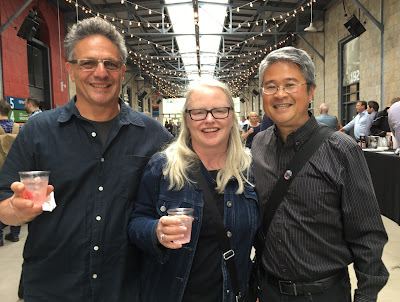 Whenever I have a special day that was extremely fun and memorable I call it "epic"! It's the best way I can describe an outstanding experience that lasted a long time and felt like an adventure. I often relate this to wonderful experiences with food, social events and movies! It also helps ignite positive mental health and wellness in my day.

Recently I attended the British Beverage Showcase and it was definitely epic because it offered an overflowing sampling of spirits and non-alcoholic beverages from the UK. There were so many delicious choices of scotch whiskies, gin, coolers, mixers and sodas. Thankfully there were authentic British foods to balance out the drinks that included heavenly scones and fresh clotted cream and jam, piggies in the basket, mini toad in the holes and beef tenderloin in bread pudding. These were all foodgasmic delights thanks to Daniel et Daniel catering! I also bumped into friends I hadn't seen in years like Andre Rosenbaum and Kelly St. John owners of Toronto landmarks Queen Mother Restaurant and former owners of The Rivoli. It was truly an epic three hours! 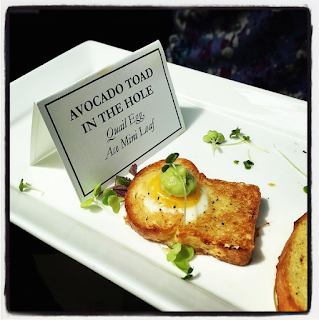 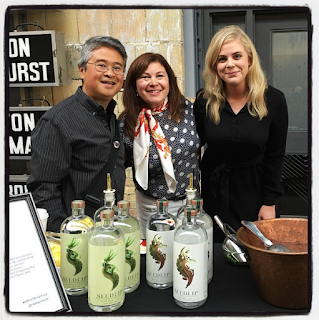 I'm with Emma Herlihy and Laura O'Rourke of Boldworks who are promoting Seedlip Drinks, the world's first distilled non-alcoholic spirits!

Epic experiences also apply to special cinematic presentations like action hero legend Wesley Snipes's latest Sci Fi film, The Recall. It was filmed in the Barco Escape format of three movie screens and it was so unique and, at times, breathtaking. This must be seen in this format to see how groundbreaking this movie was! The added bonus was getting to meet Wesley Snipes, the director Mauro Borrelli and up & coming actress Hanna Rose May. And then having Mr. Snipes and cast sit right in front of my row during the screening made it an extra thrilling and epic evening! 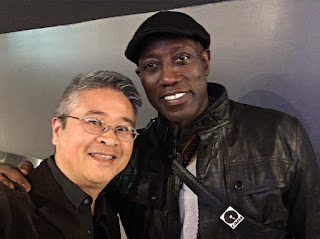 I'm with action hero legend Wesley Snipes at the Barco Escape preview of The Recall!

Immediately after the British Beverage Showcase I was invited by my friend and business mentor Bill Sweetman of Name Ninja for the opening night screening of Transformers: The Last Knight. And since it was the first movie to be entirely filmed in IMAX 3D for brightly lit screens it was a stunning experience! The only word that came to mind was, or course, "epic"! Ironically it was in the IMAX theatre right across the Barco Escape cinema at the Scotiabank Theatres in Toronto. 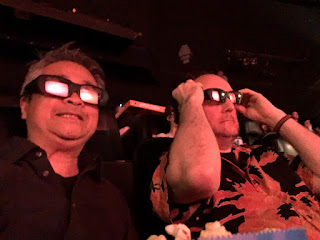 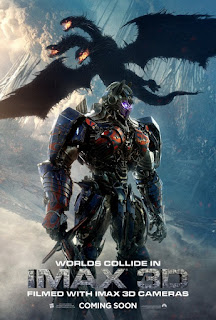 The science fiction, action film, Transformers: The Last Knight, is the fifth installment of the movie series based on the Hasbro toy line. This chapter stars Mark Wahlberg, Anthony Hopkins, Josh Duhamel, Laura Haddock and Isabela Moner all helping to save Earth from the once hero, Optimus Prime and the invading Transformers' home world, Cybertron. Lots of action scenes and stunning computer generated imagery for your eyes to gorge on. See: movie trailer

The Transformers movie series isn't for everyone. They've been criticized for being overly long, loud, bombastic in their explosions and their incoherent action scenes. And I agree with some of these films. However seeing this installment in the IMAX 3D experience was a thrill and I enjoyed this chapter. It was amazing to see the incredible detail of the Autobots and Decepticon characters on a huge screen in brightly lit 3D which makes a difference because normal 3D screen images are about 10% darker. Plus much of film took place in England so seeing this film right after the British Beverage Showcase made this day a memorable, epic adventure!

I hope this post inspires you to have your own epic adventures. It's about feeling positive emotional energy flowing in you that helps improve your mental health and wellness. There are always exciting foods, meals, social events and movies that will help your day feel epic. And what makes it all even more special is when you can share it with a friend, co-worker or someone willing to share in the fun. Have an epic day today!

NEW INTERVIEW WITH EMMANUEL:
Listen to Emmanuel’s interview on the podcast show THIS MOVIE’S ABOUT YOU with Thom Ernst (former host of TVO’s Saturday Night at the Movies) and Louis Marrone. Emmanuel discusses his ideal double bill of GROUNDHOG DAY and PLEASANTVILLE and how they helped him cope with clinical depression. Click here