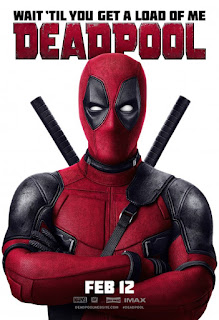 Self-awareness is about having a clear perception of your personality, including strengths, weaknesses, thoughts, beliefs, motivation and emotions. I believe increasing this awareness is vital to everyone and is definitely the silver lining of learning from my own adversities. It helps me be a better person at work and in life.

When characters in movies become self-aware it is often amusing because they begin to speak to us, the audience. They realize they exist within a movie! This is called “breaking the fourth wall” which I wrote about for the film The Big Short (see tip#919). This concept has been taken to a whole new level in the superhero film Deadpool where the main character breaks the fourth wall of the fourth wall! And if you are a comic book fan or superhero movie fan you will enjoy it more because of the numerous pop culture references throughout the story.

The superhero romantic comedy film, Deadpool, is about former Special Forces operative Wade Wilson (Ryan Reynolds) who is chemically mutated through an experiment giving him accelerated healing powers. This entertaining, action-packed R-rated film is almost a parody of other superhero movies in a very clever way. See: Red Band trailer 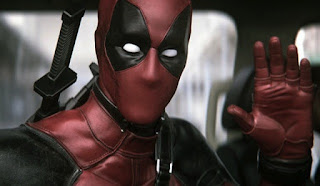 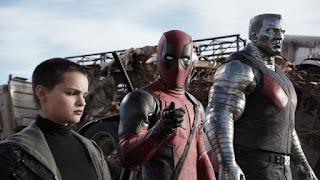 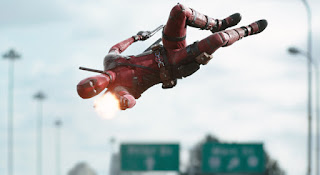 Deadpool is also overflowing with “easter eggs” which is a term referring to an intentional inside joke or hidden message. Almost every joke Wade/Deadpool makes is a reference to something related to comics, other comic book movies, or something within pop culture. Here are some of my favourites. SPOILER ALERT if you haven’t seen yet! Stop reading now!

For these easter eggs to make sense you’d have to have seen the X-Men movies which 20th Century Fox produces. This film features two X-Men characters and at one point Deadpool makes a crack about 20th Century Fox not being able to afford more X-Men for this movie! Also when Deadpool is told about going to see Professor X he asks, "McAvoy or Stewart?" This is a funny reference to actors James McAvoy and Patrick Stewart who play the X-Men leader when he was young and older during the X-Men film series. Playfully brilliant!

These are examples of breaking the fourth wall of a fourth wall. The character Deadpool is self-aware he exists in a movie and he is also self-aware of the actors in the real world that play the characters in the movies. This is so surreal and bizarre that it reminds me of how crazy time travel stories can be and make my head spin!

If what I just wrote intrigues you then check out the film and stay for the funny after end credits scene! And the self-awareness angle can be thought provoking because it can make you think about breaking out of the fourth wall in your life. It’s about stepping outside your problems and seeing them from a whole new perspective. That’s how solutions appear, outside your current mindset.

Movies can always help you escape for awhile from the challenges in your life or work. Cinema can also help you become self-aware of your strengths, thoughts and more. Films are much more than entertainment, they can be a fantastic resource for breaking your fourth wall!

See More: Check Out This Video That Catches A Ridiculous Amount of Deadpool Easter Eggs

Posted by Emmanuel Lopez - Motivatorman at 10:24 AM