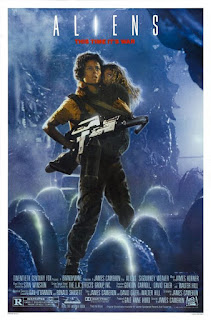 I’ll always remember the first time I saw Alien when it opened in theatres in 1979. It was a stunning Sci Fi horror film that featured a new kind of female action hero. Ellen Ripley, played by Sigourney Weaver, was tough, confident and resilient! Ripley would appear in four Alien movies and have an amazing scene in Alien: Resurrection where she slam dunked a basketball behind her back and without any special effects! See: behind the scenes clip

In 2009, Entertainment Weekly ranked Ripley 5th on their list of The 20 All Time Coolest Heroes in Pop Culture, calling her "one of the first female movie characters who isn't defined by the men around her, or by her relationship to them". This is one of the many reasons why I feel she is a fantastic cinematic role model for inner strength.

There’d be many times at my work as an illustrator when a project, such as for The Globe & Mail Newspaper, needed to be completed the next day and it felt impossible to achieve. But I would think of how relentlessly driven Ripley was in the second film Aliens and I’d bring out that attitude in myself. I’d unleash my inner Ripley and got the job done. That’s all that mattered, it had to be done and I made it happen!

Since Ripley’s appearance she had paved the way for more memorable female action heroes that include Sarah Connors in Terminator 2: Judgment Day, Katniss Everdeen in The Hunger Games series and Furiosa in Mad Max: Fury Road.

See: The 20 All Time Coolest Heroes in Pop Culture
See: What Fury Road’s Furiosa Really Owes to Alien’s Ellen Ripley
See: The 50 most daring film roles for women since Ripley

The science fiction action horror drama film, Aliens, is the second installment in the Alien series featuring Ellen Ripley (Sigourney Weaver) returning to the planet where her ship’s crew died facing a deadly alien creature. She joins a Colonial Marine unit as an advisor but soon takes on a leadership role once they face an attack of countless aliens. Riveting and relentless action unfolds in this exciting chapter to the series! See: movie trailer 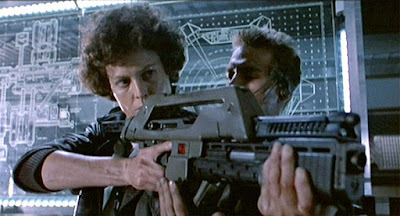 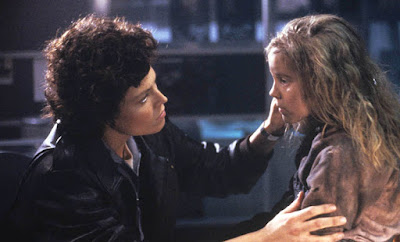 Despite dealing with post traumatic stress at the start of the film, Ripley’s innate leadership skills, courage and resourcefulness activates when the need arises. And though initially faced with judgmental attitudes from the male dominate marines they later respect her once she puts her skills into action.

At the same time Ripley demonstrates a loving maternal quality as she discovers and protects an orphaned little girl. I believe it is this balance of masculine and feminine qualities that make her an outstanding cinematic role model. Ripley is an inspiring female action hero who clearly demonstrates excellence in courage, resilience, team spirit and indestructible optimism!

Inspiring Themes:
• Courage
• Passion
• Persistence & Perseverance
• Resilience
• Indestructible Optimism
• Supportive Relationships
• Leadership & Teamwork
Be inspired by strong women in the movies. Let them mirror your own abilities and potential. Let their outstanding skills, talents and actions motivate you to be the best person you can be at work and in your life!

Posted by Emmanuel Lopez - Motivatorman at 8:36 AM