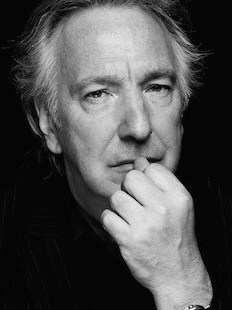 On January 14, 2016 I woke up and read online that actor Alan Rickman had passed away. I was in shock and couldn’t stop crying. I just felt crushed that an actor whose work I loved for so many years died without warning. And this was just four days after rock icon David Bowie passed away, both because of cancer and at the age of 69.

Ever since I first saw Rickman in his breakthrough villain role in 1988’s Die Hard I was amazed by his suave presence and distinctive voice. Since then he would appear in many memorable roles that are now the legacy he leaves behind. Here are my top five favourite films from Alan Rickman. 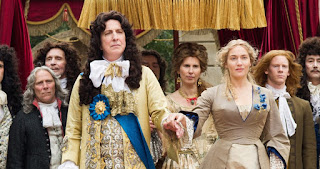 This period piece is about a landscape-gardener Sabine De Barra (Kate Winslet) assigned to construct the grand gardens at Versailies in 1682. Rickman plays King Louis XIV and has many memorable moments both touching and engaging with Winslet’s character. He also directed this lavish film. Read more about the film 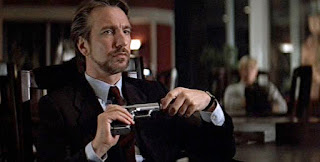 This action thriller is about Detective John McClane (Bruce Willis) dealing with terrorists in the office tower. Rickman plays Hans Gruber leading the terrorists with a highly memorable performance with impeccable style and class for a villain. His intonation and delivery of his lines were like sweet, dark poetry! Read more about the film 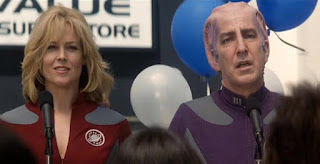 This science fiction comedy was a parody of the TV series Star Trek as well as the show’s real-life actors. Rickman plays actor Alexander Danes who plays alien crew member Dr. Lazarus of Tev'Meck which mirrors Leonard Nimoy’s character Spock. Such a fun and funny role for Rickman! Read more about the film 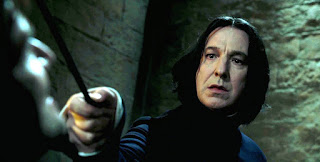 Rickman will forever be remembered by Harry Potter fans as the perfect actor to portray Professor Severus Snape in all eight features. Again his intonation and line readings were so memorable that it’s impossible to picture anyone else in this role. Read more about the films

In this romantic comedy, Rickman plays Harry, managing director of a design agency who becomes attracted to his new secretary at Christmas time. Though married with children his actions lead to emotional scenes with his wife Karen (Emma Thompson). Even when playing everyday characters, Rickman still creates memorable performances with his simple facial expressions and, of course, unique voice. Read more about the film

I used the word “memorable” many times in this tribute to Alan Rickman because it was the perfect word to us about him. That is his legacy in all the wonderful performances he leaves behind for us. And future generations will also be able to discover his amazing talents for years to come.

Let this legacy inspire you to think about how you’d like to be remembered. What will your legacy be?

GET EMMANUEL’S NEW eBOOK,
MOVIE MESSAGES of HOPE for THE HOLIDAYS:
15 Films for Overcoming Depression & Difficult Times
Only $2.99 exclusively at: www.motivatorman.com

Posted by Emmanuel Lopez - Motivatorman at 10:47 AM